In January 1985 I interviewed Joel and Ethan Coen for Time Out magazine just prior to the UK release of their debut feature, Blood Simple. Not many people had heard of the Coens at this point, but there was a certain amount of buzz about the film, which in that same month won the Grand Jury prize at the Sundance Film Festival (then in its infancy, having only just changed its name from the Utah/US Film Festival). I’d read somewhere that they knew Sam Raimi, and that Joel had worked on Raimi’s debut feature, The Evil Dead, but that was it.

I arrived at the interview venue a little breathless, having come directly from a press screening of Ninja III: The Domination, in which Lucinda Dickey (who would go on to star in Breakin’ 2: Electric Boogaloo) plays an aerobics instructor possessed by the spirit of an evil ninja. I duly told the Coens all about this film, and they seemed pretty interested. 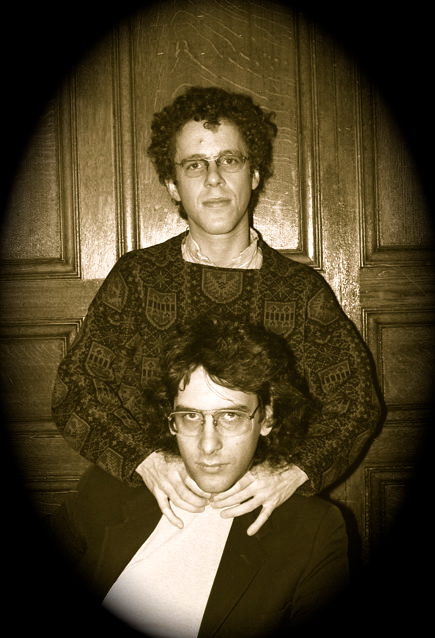 Here be the Rules of Samuel M Raimi, director of The Evil Dead: 1) The innocent must suffer. 2) The guilty must be punished. 3) You must taste blood to be a man. To these three film-making maxims, the brothers Coen have added one of their own: The dead must walk.

There are no zombies in Blood Simple, though Joel Coen reckons all four rules are applicable “in a weird kind of way”. Joel (29) and Ethan (27) wrote it. Joel (who was Assistant Editor on The Evil Dead) directed it. Ethan produced.

They set Blood Simple in Texas, for reasons that were both practical (weather, unions, cost…) and aesthetic. “We wanted a very specific milieu,” explains Joel, “and Texas carries a lot of baggage with it, at least for American audiences. It’s sort of overblown, mythical Texas.” It’s a Texas of sleazy motels, neon-lit bars and ramrod highways stretching to the horizon. It’s about as far from Paris, Texas as you’re likely to get, but nor is it anywhere near the neighbourhood of The Texas Chain Saw Massacre. Blood Simple is not a horror movie.

The title was taken from Dashiell Hammett’s Red Harvest. “It’s an expression he used to describe what happens to somebody psychologically once they’ve committed murder. They go ‘blood simple’ in the slang sense of ‘simple’ meaning crazy.” But it’s left up to the audience to ponder the implications; they’re never spelt out in the film itself. “We always cringe when we hear the title of a movie mentioned in the dialogue,” says Joel. “He doesn’t love you,” says Ethan, “He’s just… Romancing the Stone.” “Makes me grind my teeth,” says Joel.

Blood Simple, says Joel, “was financed completely independently. We set up a limited partnership and then solicited private investment. That was a really time-consuming, frustrating process. It took us about a year. It was probably the hardest part of making the movie. What we did do, which proved to be really helpful, was make a two-minute trailer before we made the movie, and then use that to show to prospective investors, as a sort of foot-in-the-door tactic.” 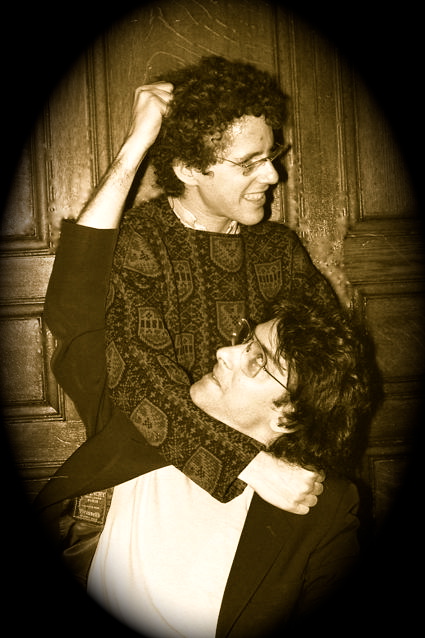 Blood Simple‘s roots lie in that school of hardboiled crime fiction typified by Hammett, Raymond Chandler and, especially, James M Cain. Although superficially similar to Body Heat in its updating of classic film noir conventions and characters, it nevertheless forges its own overwrought territory, particularly in terms of plot. “Body Heat,” says Ethan, “was more of a mystery. One didn’t know who was doing what to whom. We didn’t want to write a whodunnit. We wanted to do a movie where the audience knows what’s going on every step of the way.”

The audience knows, but the film’s characters don’t. “The original premise was a sort of central double-cross,” says Ethan, “and beyond that it was a question of figuring out how to make things progressively worse for the survivors.” The innocent must suffer.

Whodunnit or not, the delicious convolutions of Blood Simple‘s plot are such that excessive elaboration of them here would detract from their cumulative effect on screen. Suffice to say, the increasingly sticky webs of murderous intrigue wrap themselves around a wealthy Texan bar-owner, his attractive young wife, the barman whom she’s boffing on the side, and a sleazy divorce detective, played by M Emmet Walsh with all the sordid and slimy panache of a walking social disease. There is paranoia to spare, and there’s guilt a-go-go. The guilty must be punished. And there’s blood, lots of it.

“Would you say the ending verges on Grand Guignol?”

“Yeah,” the Coens reply. You must taste blood to be a man. The precise meaning of taste, of course, is open to interpretation. There are no vampires in Blood Simple. If the use of the word “blood” misleads you into expecting more splatter, then the word “simple” may also lead you astray. Simple – as in artless and unsophisticated – does not describe the Coens’ film-making style. Tricksy camerawork, arty set-ups, super-real sound effects: they’re all there. And the Coens have gone for a soundtrack which counterpoints the action, rather than underlining it. “We didn’t want to tell the audience how to feel.” Accordingly, there’s, “a very eclectic sonic score” mixed with a lot of Latin-American, a little reggae, the Four Tops and a Balinese Monkey Chant.

Despite the gore, doomed characters and downbeat storyline, Blood Simple unfurls enjoyably like long tangles of hair from the coat of a big black shaggy dog, complete with climactic punchline. The Coen purposely temper their violence with, “a certain amount of humour”. They keep a detached, cool, almost cruel distance from their characters, and the most sympathetic of these is also the most despicable. “he probably has the same sort of ironic attitude to the story as we do,” says Joel.