Films and TV are full of interchangeable personality-free starlets with unfeasibly skinny limbs, fake noses and hair extensions, no discernible talent and an IQ lower than their bra size. So it’s with great pleasure I can report there are at least ten young-ish actresses whose presence in a film will almost certainly guarantee that I will go and see it.All these women already have their fans, so I’m not claiming to be discovering them or anything. Just saying I’d like to see more of them, and perhaps hinting that one or two are a wee bit underappreciated…
KRISTEN BELL 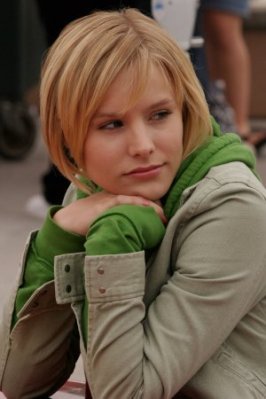 I first realised I loved her when: I saw her in Veronica Mars, in that acid green hoody that I like so much I actually went out and bought one like it. At first I thought she was just another lookalike blonde bimbo (see also Rachel Nichols, Maria Bello and a clutch of other actresses I initially dismissed as blonde bimbos – I guess I just must have it in for blondes), then started to marvel at the skilful way she handled that voiceover narration, with its unwieldy chunks of exposition. (She’s great at voice-over – cf Gossip Girl XOXO). Then I liked her in the fake TV shows in Forgetting Sarah Marshall and Get Him to the Greek, but otherwise she’s not being served well by the movies – Pulse and You Again were both dreadful. And even her recurring role as Elle wasn’t enough to restore my faith in Heroes. Stop casting Kristen in naff rom-coms! Give her her own film noir!

I first realised I loved her when: I heard her say, “Stop trying to fluster me with your handsomeness” to Josh Holloway in the second paintball episode of Community. In retrospect, I can’t believe it took me that long; I think my subconciousness had latched onto her well before that, and I definitely had some sort of soft spot for Trudy and Pete in Mad Men; their show-offy dance at Roger’s daughter’s wedding is one of the high points of a great, great series. Forget Zooey Deschanel! Give Alison her own sitcom! ETA: and look – here she is again, wishing all of us a Happy Christmas! Sexy and funny and clever. I think my girlcrush has just been upgraded to straightforward girl-on-girl lust crush.

I first realised I loved her when: I saw the spoof rock videos in Get Him to the Greek. Much funnier than Russell Brand. But seriously, Byrne can do everything – superhero movies (X-Men: First Class), horror (28 Weeks Later, Insidious), knockabout comedy (Bridesmaids), sci-fi (Sunshine). Come on! Give Jackie Q her own film! 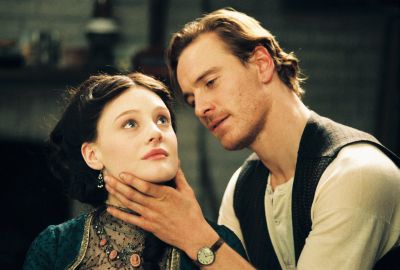 I first realised I loved her when: I read some inexplicably catty comments about her performance in Atonement, when I thought both she and Saoirse Rohan were by far the best and most interesting components in that broken-backed mess of a Brit Lit Film for People Who Don’t Like Films. In François Ozon’s Angel, based on the book by Elizabeth Taylor, she is quite magnificent and fearless in a tour de force performance of a bestselling Edwardian romantic novelist who lives her own life as though it were one of her romances. Give Romola another role like that! (And note to self: take another look at Angel.) 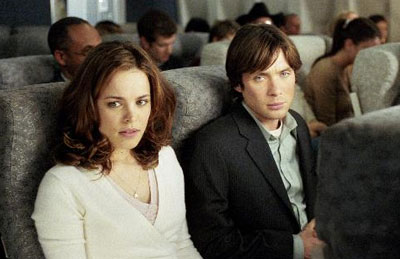 I first realised I loved her when: I saw her jab that Biro into Cillian Murphy’s eye before attacking him with a hockey stick in that gloriously convoluted and bonkers and girly (you don’t get much girlier than using a hockey stick as a weapon) thriller Red Eye (I love this trailer which deliberately makes it look like a naff rom-com). But McAdams lights up every film she’s in; magnificent as bitchy Regina in Mean Girls, heartbreaking in The Time Traveler’s Wife, holding her own in State of Play, making a potentially unbearable character sympathetic in Morning Glory. I’ll even watch her in tosh like The Notebook. I just hope she doesn’t get lost in big productions; Guy Ritchie and Woody Allen should both be put on trial for criminally underusing her. Give her a starring vehicle! Any starring vehicle! Rachel can do it!

I first realised I loved her when: I spotted her in the short-lived TV killer-profiling drama The Inside. Another case of me thinking oh no, not another lookalike blonde bimbo and then realising, as the series progressed, that she was nailing it. Since then I’ve enjoyed her woman-in-peril in P2, stealing the scene as a green-skinned alien chick in Star Trek, criminally underemployed in the pathetic Conan the Barbarian (whose director, Marcus Nispel, was so useless he couldn’t even film a proper catfight between her and Rose McGowan), having fun in GI Joe and doing a sort of Mean Girl from Hell in The Woods. I fear Nichols may be the most underrated actress in this line-up. Let her show her chops in a nail-biting big-budget woman-in-peril movie! 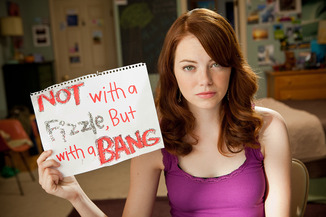 I first realised I loved her when: I watched her eating up the screen in Easy A (thanks to John Warrender, who first drew my attention to it). Lindsay Lohan’s career suicide left an opening for a Hollywood redheaded comedienne to follow in the foosteps of Lucille Ball, and Stone appears to have stepped into the breach. Not a natural redhead, apparently, but with comic timing and that fabulous throaty voice, who cares? Please don’t let her become just another member of the faceless ensemble casts of big budget rom-coms! Give Emma another quirky offbeat comedy to star in, like Heathers or Mean Girls! 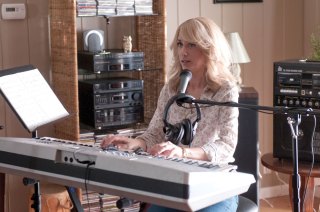 I first realised I loved her when: I saw her as Vicki St Elmo, singing The Perfect Number in MacGruber. I wasn’t as bowled over by Bridesmaids as lots of other people, but she was great in it, adorable and simpatico in Whip It! and her one-eyed religious nut was by far the best thing in the disappointing Paul. Give Kristen another film to write and star in!

I first realised I loved her when: She made me cry in Wendy and Lucy with the best fearlessly unsentimental female performance since Émilie Dequenne in Rosetta – so unmannered and natural it seems almost an insult to call it “acting”, which I guess is why it went unnoticed by the Academy, which prefer to present its Oscars to actors who arm themselves with fake noses, speech impediments and/or physical disabilities. I’d never taken much notice of Dawson’s Creek, but once I’d clocked Williams, I began to appreciate her chameleon qualities; she can do anything from cuckolded wives to femme fatales to Marilyn Monroe (which I have yet to see, and I will see it for no reason other than because she is in it). Give Michelle another film!

I first realised I loved her when: I saw Rushmore, in which she just seems so honest and open and blushes so easily it’s adorable. If I’d had her as a teacher, I too would have had a crush on her. After that, I noticed her as a saving grace in some of the most appalling British rubbish (Dead Babies, Born Romantic) and giving a leg-up, as it were, to more interesting films like Below and An Education. People noticed her in The Ghost, and with reason – she was brilliant in a difficult key role. And I was thrilled to see her live on stage as Beatrice-Joanna in a Cheek By Jowl production of The Changeling which somehow ended up in the suburbs of Paris, where I lived at the time. Give Olivia her own movie!

THE CURSE OF BILLSON: FAMOUS MEN I HAVE FANCIED

18 thoughts on “TEN ACTRESSES ON WHOM I HAVE GIRLCRUSHES”