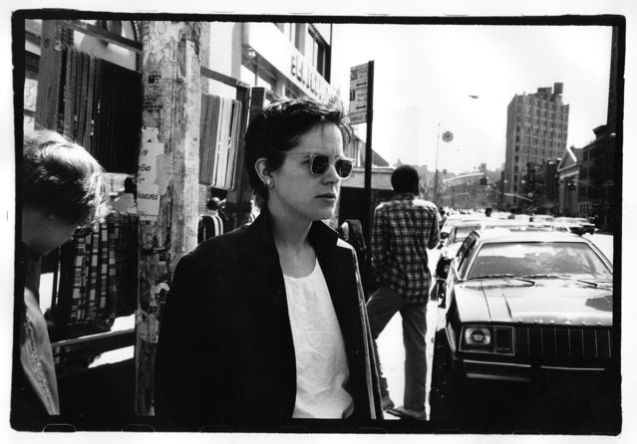 In 1980, after spending more than a year in Japan, I decided it was time to go home to London. In fact, my six-month Japanese tourist visa was about to expire, and although immigration had grudgingly allowed me to renew it twice already, I didn’t think they were going to let me get away with it a third time.

But because I don’t like retracing my steps, I thought I’d go home via New York.

This would achieve several objectives:

a) it would mean I could say I had literally been around the world,

b) I had already, technically, been to the USA – but only Hawaii; I’d never been to New York before,

and c) it would mean avoiding a return journey on Aeroflot, the first airline I’d ever flown on, and even now – as I write this several hundred flights later – quite possibly the worst. (Though I have since flown Aeroflot First Class – on a press trip to Moscow – and found it tolerable.)

So I went and got myself a visa from the American Embassy in Tokyo; this was an era in which I ended up with lots of exotic-looking stamps in my passport. And I took the plane, via Seoul and Anchorage, to JFK.

When I arrived in New York, I took a cab to the address I’d been given: a huge loft apartment at Fifth Avenue and 20th – bang in the centre of Manhattan, which was useful because I could still walk just about anywhere during the mass transit strike which took place the following week. And everywhere I walked, songs kept playing in my head: They say the neon lights are bright… Come and meet those dancing feet… Start spreading the news… The Bronx is up but the Battery’s down…

The loft, which also served as a studio, had one of those big industrial elevators you see in films, and belonged to a lovely Japanese photographer called Toshi, whom I’d never met before; he was a friend of my Japanese photographer friend Sukita-san, and turned out to be the perfect host. He also had a large cat (which I later found out had fleas) and didn’t mind when I used his shower to dye my hair black; the flat I’d shared in Tokyo hadn’t had a bathroom (which was not unusual) and so for the past eight months I had been obliged to use the public bathhouse, where obviously you couldn’t use hair dye.

I ended up staying on Toshi’s sofa for three weeks, and halfway through my stay Sukita-san arrived with the Japanese pop group The Plastics, who were booked to play a few gigs around town, and so I hung out with them a lot. Which was cool, because they got invited everywhere, including to Tina Weymouth’s loft in Brooklyn. I got to meet Klaus Nomi and Joey Arias too. Also, because I had taken pictures of The Plastics while I was in Japan, I had one of my photos published in The Soho Weekly News.

Among the new movies I saw were Wise Blood, Cruising, All That Jazz, La Cage aux Folles and Being There. Among the gigs I attended were Johnny Thunders & the Heartbreakers, James White & the Blacks, Suicide, The Rockats and The Feelies. Among the places I visited were CBGBs, Max’s Kansas City, Pravda, Irving Plaza, Ear Inn, Hurrah and The Squeeze Lounge. (I’ve been copying these names out of my diary; my memory of the places themselves is hazy.)

I also took lots of photographs of walls and shop windows, mostly down in The Village. Once, when I was taking a photograph of a wall, a man came up to me and grumbled, “Why is everyone always taking photos of walls?”

(See gallery at the bottom of this page for some photographs of walls and windows, New York City, 1980.) 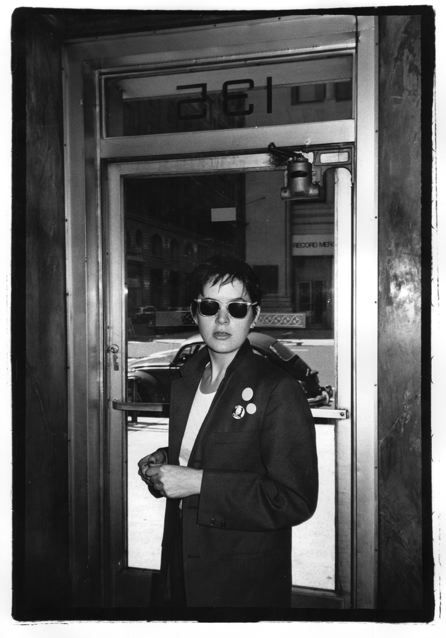 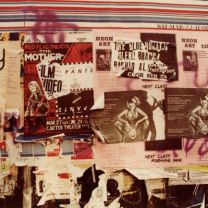 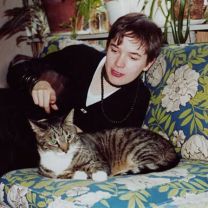 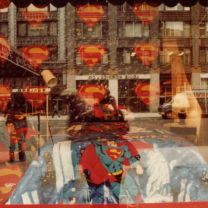 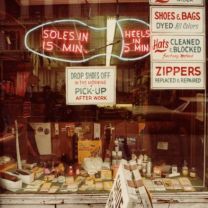 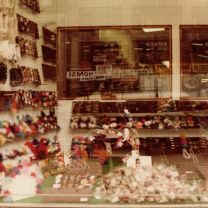 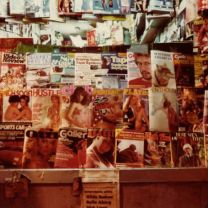 SOME THOUGHTS ABOUT ON THE ROAD

REP TALES (AND OTHER CINEMA MEMORIES)