This is Part 4 of my MUGSHOTS project.

Please click here to see PART 1, which sets out the project’s aims. 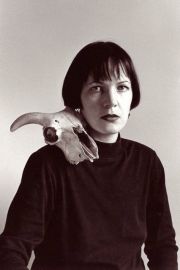 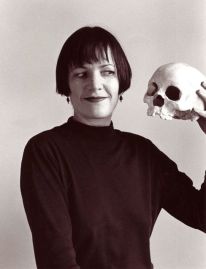 In the late 1980s and all the way through the 1990s I had lots of writing work, and almost stopped taking photographs altogether. At one time or another (not all at once) I had TV and book columns in the Times; was a contributing editor to British GQ; was the official film critic for Today, the Sunday Correspondent, Tatler, New Statesman & Society and – for eight years – the Sunday Telegraph. I had one novelisation, three books about film and two novels published. I moved from Kennington to Notting Hill to Cambridge to Holborn to King’s Cross. I had a cat called Tiger. I started to take some exercise. There wasn’t a lot of time left to take photographs as well. 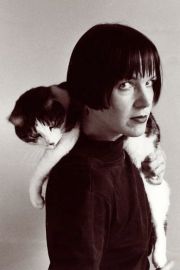 Nevertheless, I managed to squeeze a few self-portraits in. I rarely showed them to anyone, but it seemed important, now I was in my late thirties and early forties, to keep taking stock of the way I looked and how it was changing; I had bags under my eyes now, but they never worried me much.

So I still took the odd self-portrait, though now, thanks to my psoriasis, I tended to keep my elbows and hands hidden. Long sleeves and gloves became a recurring motif. I was forced to take holidays in the sun – a refined form of torture for indoor types like me – to keep my skin disease under control. But in fact the psoriasis performed a useful function; I was more concerned with dealing with that than with fretting about ageing. Wrinkles seemed like small beer.

I can date most of these pictures by my hair. The short bob dates from around 1993, when my vampire novel Suckers was published. (I’m the one on the floor on the cover of the WH Smith booklet.)

The long hair dates from the mid 1990s. I liked having long hair, mainly because it allows me to wear it in a ponytail or plaits; I hardly ever wore it loose, the way it is in these photographs. My hair is so baby-fine it sort of peters out around shoulder-level, is forever getting caught in swimming-goggles or being blown into my eyes, and needs constant primping into a sort of glorified comb-over to stop patches of white scalp becoming visible on my head, and all this gets boring after a while, which is when I get the urge to cut it very, very short again. 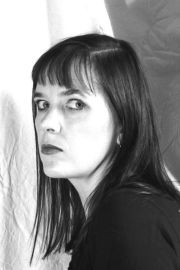 I think it also makes me look a bit lugubrious. Or maybe it’s just because I didn’t want to show my teeth. Years of smoking and carefree living were taking their toll, because now I was literally getting long in the tooth; my teeth had always been a bit gappy, but now I seemed to spend half my time and most of my earnings at the dentist, trying to shore up what was inexorably turning into a sort of oral Battle of Stalingrad. At one time I wore a brace which made me talk like Sylvester J Puddycat and sprayed everyone in the vicinity with spit, providing an endless source of amusement for friends and onlookers. 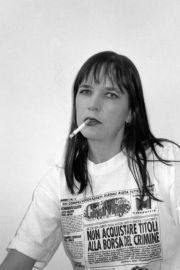 Until 1996, when I moved into a very small flat, I had my own darkroom, and still did my own black and white printing. But once I had to start sending rolls of film out to be developed, and afterwards rely on automatic photo services to provide me with poor quality prints over which I had no control whatsoever, most of the fun went out of photography. I supplemented my lovely Olympus OM1 SLRs with an automatic Olympus Muji, but never really enjoyed using it. I pretty much stopped taking photographs.

But I had a super job, and a super flat overlooking the canal at King’s Cross.