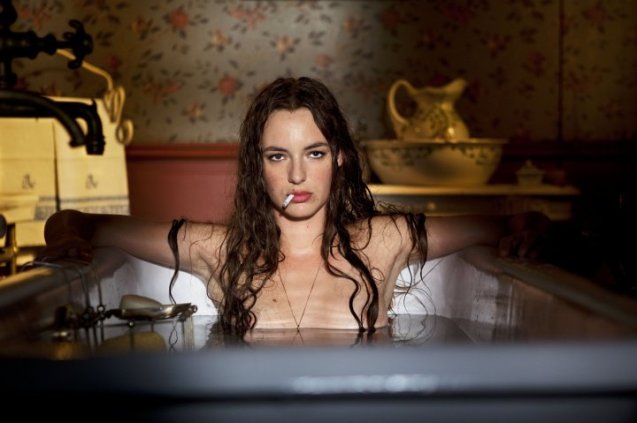 BD, pronounced bédé, is short for “bande déssinée”, the French equivalent of the comic strip or graphic novel, which has long been accorded a popular affection and cultural standing well beyond that of its anglophone equivalent. Luc Besson says he was weaned on BD, which comes as no surprise to anyone familiar with his films. The only surprise is that it has taken him so long to direct an adaptation of one. But here it is – his 11th full-length live-action directing credit – Les aventures extraordinaires d’Adèle Blanc-Sec, a mash-up of two volumes from a series of BDs by Tardi, one of the most respected practitioners of the medium.

Adèle Blanc-Sec (Blanc-Sec “comme le vin”, as she says) first appeared in print in 1976. She’s a cynical but intrepid Indiana Jones-esque heroine of the Belle Époque who writes books about her curious adventures, which often involve occult elements or mad steampunk science, as well as sly digs at official corruption or incompetence. She’s endearingly frowny, with freckles, but unsurprisingly has undergone prettification for the screen in the comely shape of Louise Bourgoin, a former “Miss Météo” (weathergirl) for Canal+, who in 2009 was nominated for the César du meilleur espoir féminin (most promising actress) for her role as – yes! – a weathergirl in Anne Fontaine’s La fille de Monaco.

Bourgoin has yet to prove her acting chops but is an undeniably attractive screen presence, particularly when she gets undressed to take a bath (see main picture). Elsewhere, she rattles off Adèle’s dialogue with deadpan aplomb as she steals a mummy in a raid on an Egyptian tomb, escaping in a sarcophagus before going on to encounter the pterodactyl which has been terrorising tout Paris, including the President and his dog.

SPOILER AFTER THE PICTURE! 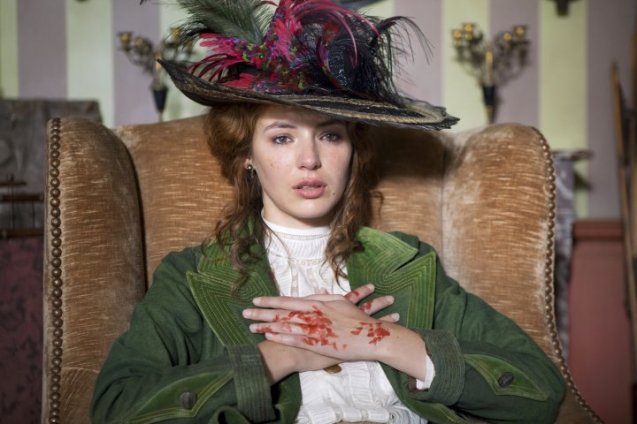 BEGINNING OF SPOILER! She’s seeking a cure for her beloved sister Agathe, who has been in a coma ever since a freak tennis accident. While this plot point seems to have been an invention of Besson (and please do correct me if I’m wrong, though I haven’t come across it in the BDs), Agathe’s propped-up body, head skewered on a hatpin, provides the sort of creepy imagery one would like to have seen more of, while it also seems slightly out of place in a story that otherwise appears to have had most of its kinks ironed out for the benefit of family audiences. END OF SPOILER!

To call Luc Besson France’s answer to Steven Spielberg would be to flatter him, but there’s no doubt he is the leading exponent, godfather and midwife of modern French action cinema, ubiquitous as a writer and producer (From Paris with Love, District 13 and the Taxi and Transporter franchises are just a few of his innumerable credits – just take a look at his CV) as well as attracting international attention with high-profile directorial outings such as Nikita, Léon and The Fifth Element.

So, as you’d expect, Les aventures extraordinaires d’Adèle Blanc-Sec is a big-budget historical fantasy which wears its production values on its sleeve; Besson would no doubt count it a fault that the special effects aren’t as seamless as their Hollywood equivalent, but I found the somewhat rickety pterodactyl more charming than the ones in the Jurassic Park films, and the walking cadavers reminded me more of Ray Harryhausen than of CGI-fests like Stephen Sommers’s The Mummy. The recreation of Paris circa 1912 is fascinating, even if Besson zips through it a little too briskly for us to appreciate the view of, say, the Palais du Trocadéro, demolished in 1937 to make way for the present-day Palais de Chaillot.

While this is not in the same league as BD adaptations like the much-praised Persepolis or Astérix & Obélix: Mission Cléopatre (best of the Astérix films by a long chalk), it’s still a cut above disasters such as Blueberry, and a breezy enough bagatelle, populated by a full complement of French character actors adorned in facial prosthetics to make them resemble the grotesques from the BD. The bad-tooth make-up alone deserves some sort of award.

Mathieu Amalric, in particular, is unrecognisable as Adèle’s arch enemy Dieuleveult, though it’s a shame he appears in only a couple of scenes because a worthy antagonist for our heroine would have spiced up the story. Sharp-eyed devotees of French cinema may also spot Philippe Nahon (Seul contre tous and Irréversible) as Professeur Ménard of the Museum of Natural History, or Gilles Lellouche (Mesrine) behind a walrus moustache as the food-obsessed detective heading the pterodactyl squad.   There’s already talk of a sequel (there are plenty of Adèle’s adventures left to film) though obviously it depends on the box office.

This review first appeared on theartsdesk.com in April 2010.

8 thoughts on “THE EXTRAORDINARY ADVENTURES OF ADÈLE BLANC-SEC”