Here’s a piece I wrote for the books pages of the Daily Telegraph about horror in children’s and Young Adult fiction. I was supposed to be writing about whether angels were the Next Big Thing after vampires, but since I’d never found angels terribly interesting I kind of forgot to mention them, and then had to shoehorn them in at the last minute. 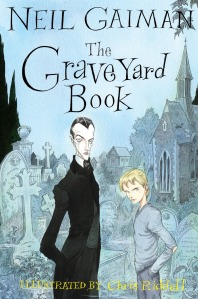 Do you know what your children are reading these days? Perhaps it’s Lord Loss by Darren Shan, in which young Grubbs Grady finds his father, ‘hanging upside down from the webby ceiling in the centre of the room. No head. Blood drips to the floor from the gaping red O of the neck.’ Or perhaps it’s Derek Landy’s Skulduggery Pleasant, in which young Stephanie disovers the eponymous detective has, ‘no flesh, he had no skin, he had no eyes and he had no face. All he had was a skull for a head.’

Or could it be The Graveyard Book by Neil Gaiman, in which young Bod, who’s already surrounded by ghosts, finds himself confronted by a three-headed creature even more terrifying: ‘The faces were dead, as if someone had constructed dolls from parts of the corpses of humans and of animals.’

In case you hadn’t noticed, there’s a big streak of the supernatural running through a lot of children’s fiction these days. Ghosts, vampires and skeletons are a recurring motif. The novels of Nick Gifford, Eoin Colfer’s Artemis Fowl, Anthony Horowitz’s The Power of Five series, Christopher Pike’s The Last Vampire series and Philip Pullman’s His Dark Materials trilogy all feature terrifying alternative universes, witches, demons or evil faeries. The supernatural creature du jour in young adult publishing is the fallen angel, who to judge by Becca Fitzpatrick’s Hush, Hush and Elizabeth Chandler’s Kissed by an Angel, look set to take over from vampires as prime paranormal boyfriend material. And of course the gruesome black humour of Roald Dahl has lost none of its appeal.

It wasn’t always thus. There was a time, from the late 1970s to the early 1990s, when fiction for children and young adults was all about social realism. Fantasy was still being written and published, but the books getting most of the attention all seemed to be about child abuse, abortion, teenage pregnancy, self-mutilation and suicide, culminating in Melvin Burgess’ 1996 Carnegie Prizewinner, Junk, in which teenage runaways get hooked on heroin. ‘There was very much a definite strain of realism,’ says Nick Lake, editorial director of children’s books at HarperCollins, which publishes Shan and Landy. ‘I think that’s partly what motivated me to become a children’s book editor, because I was growing up in that period, and there was a certain trend towards worthiness in children’s fiction. Part of my motivation was to give children something slightly more fun to read.’

But throughout the heyday of social grit, there was always a young readership eager to have its spine chilled, as proved by the extraordinary success of R.L. Stine’s original Goosebumps series, which from 1992 to 1997 sold more than 300 million copies worldwide and inspired computer games and a TV spin-off, though with titles like Welcome to Camp Nightmare and The Abominable Snowman of Pasadena, the novels were written with young American readers in mind. In the UK, it was in 1997 that the fantasy floodgates were well and truly opened by the first of Rowling’s Harry Potter series, which as it went on got darker and incorporated increasing amounts of horror, death and evil sorcery. ‘The Dementors are one of the most frightening things in contemporary literature,’ says Sarah Odedina, director of children’s books at Bloomsbury, which publishes Rowling and Gaiman. ‘The idea that these beings can come and suck out your good feelings and cast you into depression, it’s a very frightening thought.’

‘I’ve heard it said there was a feeling in children’s publishing before Harry Potter came along that children simply didn’t want to read about wizards,’ says Lake. There was a theory that children were more grown-up than they used to be, and so considered stories about magic and fantasy babyish. ‘Which I think obviously has been shown to be a huge miscalculation.’

Chris Priestley, whose third collection of short ghost stories for children, Tales of Terror from the Tunnel’s Mouth, was published by Bloomsbury last October, says he became interested in the macabre when he was growing up, and making the transition from children’s to adult fiction. ‘One of the things I moved on to were short stories by Edgar Allan Poe and M.R. James.’ Like Priestley, I belong to a generation that was weaned on the novels of C.S. Lewis and Alan Garner. If young adult fiction existed back then, I wasn’t aware of it; I do remember finding it hard to make the leap from the children’s section of my library, which was full of books about witches and magic, to the adult part, which seemed to me to be entirely devoid of them and consequently less exciting. Instead, like Priestley, I turned to science fiction and horror stories, which are full of a different sort of magic, and I’ve pretty much stayed with them ever since. 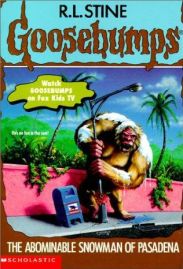 But why do so many children gravitate naturally towards the ghoulish, the ghastly and the gruesome? Scobie, six-year-old son of friends of mine, announced to his mother when she was pregnant with his little brother that, ‘Wolves are going to eat your baby, mummy,’ and, when being told an innocuous story about a gingerbread man, unilaterally added a zombie to the cast-list. His mother is now reading him Lucy M. Boston’s ghostly classic The Children of Green Knowe. Nearly all the small children I’ve ever known have been similarly obsessed with monsters, dinosaurs or man-eating sharks; when I was small, I too was crazy about witches, ghosts and vampires, even though I was too young to see X-rated films. Of course tastes vary, but gender doesn’t appear to be a factor, at least not until teenage girls start drifting towards the dark romance of Stephenie Meyer’s Twilight novels. ‘It seems to us from all the research we’ve done that it’s roughly 50-50 in terms of girl and boy readers,’ says Lake.

‘I think horror has always been integral to children’s fiction,’ says Neil Gaiman. ‘Look at Hansel and Gretel. Fiction teaches kids how to survive in the world.’ And indeed the original fairytales of Perrault, Anderson and the brothers Grimm are so gruesome they have frequently been sanitised for children’s consumption: Red Ridinghood was originally gobbled up by the wolf; Karen’s feet were severed and went dancing away into the forest in The Red Shoes; Cinderella’s ugly sisters hacked off their toes and heels in an attempt to squeeze their feet into the glass (or fur) slipper. ‘The original stories are dark as hell,’ says Odedina. ‘People get eaten.’

The rich seam of macabre running through contemporary children’s fiction is surely just a continuation of the fairytale tradition, updated to take the modern world into account, or perhaps just expanding to compensate for all the gory parts of fairytales that well-meaning grown-ups have censored over the years, but using similar metaphors to tackle the fears and desires beneath the surface of children’s lives, worries about not just death but insecurity, alienation, changes and loss of control. Just as the adult horror genre provides a way for us to absorb notions about death, decay and the human condition which in their unadulterated forms would be too distressing, disgusting or difficult to contemplate, so the vampires, ghosts and angels in children’s fiction address issues that even adults find it impossible to articulate. In the introduction to The Uses of Enchantment, his classic study of fairytales, Bruno Bettelheim writes, ‘While it entertains the child, the fairy tale enlightens him about himself, and fosters his personality development. It offers meaning on so many different levels, and enriches the child’s existence in so many ways…’

Lake says, ‘I’ve always believed that [macabre stories] allow children to explore fear in a sort of safe, confined way. Because actually what children are afraid of is their parents dying.’ Bettelheim notes, ‘Many fairy stories begin with the death of a mother or father,’ And as Roald Dahl knew well, one of the first rules of children’s fiction is to get rid of the parents, for example in a car crash like the ones that kills the young hero’s mother and father in The Witches; in two out of the three stories quoted at the beginning of this article the parents are murdered. ‘I think it’s a maxim of children’s writing that you get rid of the parents as soon as you can,’ says Lake, ‘whether by sending your characters to boarding-school, or through a door into another world… so that your child characters are then having to fend for themselves.’

But there’s something for every taste, with as many variations of the supernatural as there are heads on a hydra. In Chris Priestley’s ghost stories, the goriest things often happen off the page, so that readers are obliged to piece together the story themselves, making sense of what’s happening in the implicit tradition of M.R. James. At the opposite end of the spectrum is the Petit Guignol of Darren Shan with its spilled entrails. But what both types of story have in common is in the way they’re coded versions of the journey through life, the search for family (not necessarily the one you were born into) and moral choices. There are as many lessons to be learnt from children’s fantasy fiction as from the strictest of cautionary tale. You don’t always vanquish the necromancer on your first attempt. The forces of darkness may appear to be in the ascendant, but that doesn’t mean you should give up. That nice young man might be an angel – or a demon. And you must make sacrifices for friends and family. Even if – as in Shan’s Cirque du Freak – it means becoming a vampire yourself.

This article was originally published in the Daily Telegraph in April 2010.