I compared Sofia Coppola’s The Bling Ring to some classic heist movies for the Telegraph. My intention was not to denigrate Coppola’s film, which I enjoyed, but I thought it might be fun to point up the differences between traditional heists, with all their intricate planning and hi-tech gizmos, and this new slacker kind of heist, where you just stroll into someone’s home and help yourself.

I thought readers might find it fun, too, though some of the ones who left comments decided I was just being pretentious by namedropping French films they hadn’t heard of. Well, sorry about that. You’d have thought they might have looked on this as an opportunity to bone up on something unfamiliar instead of stewing in their own ignorance, but evidently not.

I’ve heard The Bling Ring described as a “heist movie”. Well, isn’t that just typical of young people nowadays. Their idea of a “heist” is strolling into houses and helping themselves. What about the gadgets? The planning? The excessively complicated modus operandi that makes you wonder why these career criminals can’t get rich by applying their mad skills to some sort of legal enterprise? Où sont les caper movies d’antan? Emma Watson and her friends could learn a thing or two from the classic heists of yore.

BURGLAR-WEAR:The Bling Ring kids dress up in whatever slutty designer togs they nicked from their last raid. They could take lessons from Bob le Flambeur, who in the film of the same name wears a dinner jacket to rob the casino at Deauville, or Peter O’Toole, who looks natty in black tie when he breaks into Audrey Hepburn’s house in How to Steal a Million. And it would never occur to them to disguise themselves as a cleaning woman, as Audrey does in the same film so she can half-inch a fake Cellini statuette, let alone emulate Diabolik by donning a skintight black or white all-over bodysuit.

To read more, please click on the pic of John Phillip Law and Marisa Mell in Diabolik, above. And, as a reward for visiting my blog, here are some nice screengrabs depicting heistmeisters of yore.

John Phillip Law and his gizmo-packed lair in Diabolik (1968) 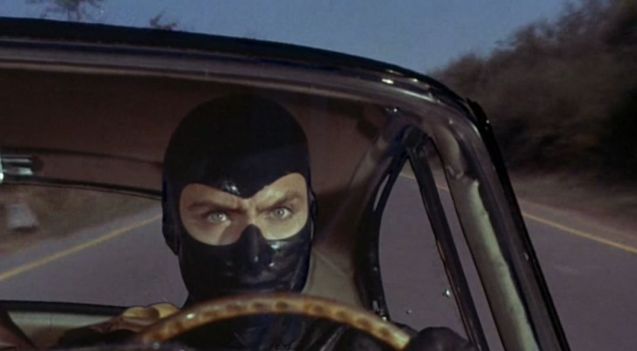 What the well-dressed thief is wearing: John Phillip Law in Diabolik (1968)

A diabolical plan involving coloured smoke in Diabolik (1968) (There is no REASON for it to be different colours, but it’s pretty.)

What the well-dressed thief is wearing: Marisa Mell in Diabolik (1968)

The nightclub where Shirley MacLaine works in Gambit (1966)

What the well-dressed thief is wearing: Shirley MacLaine and Michael Caine in Gambit (1966)

Gymnastics: Shirley MacLaine shows off her showgirl gams in Gambit (1966)

What the well-dressed thief is wearing: Shirley MacLaine in Gambit (1966)

Michael Caine examines one of his burglary tools in Gambit (1966)

What the well-dressed thief is wearing: Audrey Hepburn in How to Steal a Million (1966)

What the well-dressed thief is wearing: Audrey Hepburn disguised as a cleaning woman in How to Steal a Million (1966)

Bedtime reading: Audrey Hepburn in How to Steal a Million (1966)

What the well-dressed thief is wearing: Peter O’Toole in How to Steal a Million (1966)

What the well-dressed thief is wearing: Audrey Hepburn in How to Steal a Million (1966)

Gymnastics: Gilles Ségal as Giulio the Human Fly in Topkapi (1964) 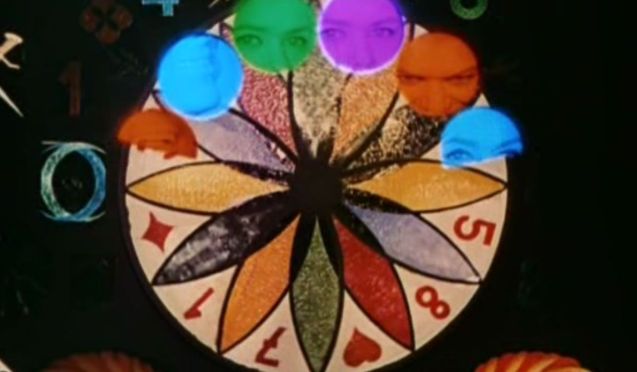 The psychedelic opening credits to Topkapi (1964)

Infiltrating the vault (upside-down) in Topkapi (1964)

2 thoughts on “THE BLING RING vs CLASSIC HEIST MOVIES”