Last week I posted pictures of all the notebooks I had lying around in my living-room/study. This week I get on to the really serious stuff, namely all the notebooks stashed in boxes upstairs in my bedroom. These include notebooks acquired on travels around Europe and the United States, and going all the way back to 1979, when I lived in Tokyo (the Japanese notebooks are particularly fine) and even earlier, when I was studying graphic design at Central School of Art & Design in London, and used to make my own notebooks, with bindings that range from perfect to comb to saddle-stitch. Which I now realise is pretty hardcore.

I have always had a bad habit of writing on the first couple of pages of a notebook and then abandoning it to move on to virgin territory, but many of these notebooks were owned and used in the days when I could barely afford food, let alone stationery, so they couldn’t be any fuller if they tried. Some of them contain descriptions of dreams I had, others are full of lists, or the results of research, or what I considered to be useful information (in the days before you could look stuff up on the internet).

Others contain thoughts and lamentations about life, love and art, and are, like all such juvenilia, acutely embarrassing to read now. Such writing will see the light of day when I am dead. There are observations jotted down during films, poems, lyrics for pop songs (some of which even got recorded), notes for articles I wrote (some of which even got published), smut (some of which was even sold to girlie magazines), notes for articles and novels that were never completed, and plans for short films I never made. There are pastiches of Pierre Choderlos De Laclos and Gabriele d’Annunzio, and there are even spells – written during an Aleister Crowley phase, when I was also mainlining Anaïs Nin on the side.

In a perfect world, I would stumble across a great novel I’d forgotten I once wrote, and publish it to great acclaim. Of course, that’s about as likely to happen as Crystal Palace winning the Premier League. But it’s entirely feasible that I might find some decent ideas to plunder. I have never been afraid to plagiarise my younger self – I might not have been as technically proficient as a writer, but my imagination and ambition were limitless.

PS. Contrary to appearances, I have not posted pictures of every notebook I possess. That would be too OCD! And would result in countless duplicates of Sainsbury’s own brand and a lot of interchangeable and anonymous-looking black notebooks.

PPS. I have forbidden myself to buy any new notebooks until I have filled at least some of the empty ones in these pictures. Unless, of course, I happen across a notebook too perfect or too exquisite to resist. In which case, all bets are off.

PPS. When I was about 10, I had a notebook with a spaniel on the front. I was unable to find this, though I know I still have it somewhere. When I do find it, you can be sure I shall let you know. 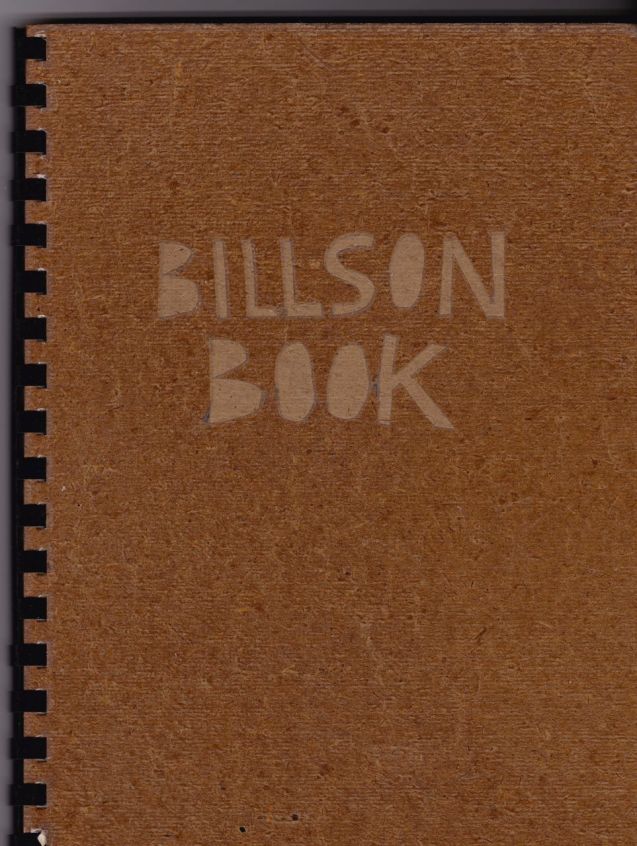 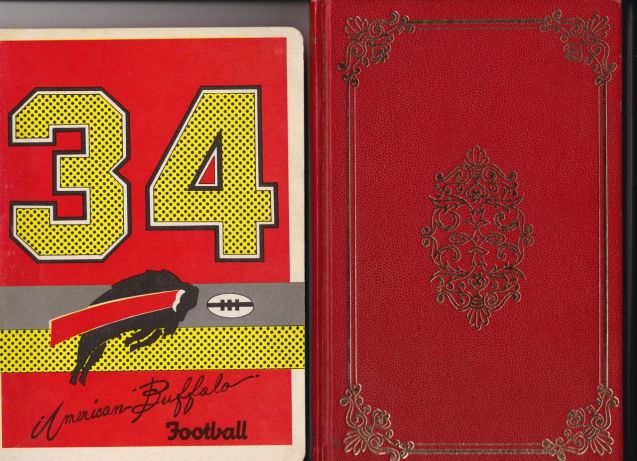 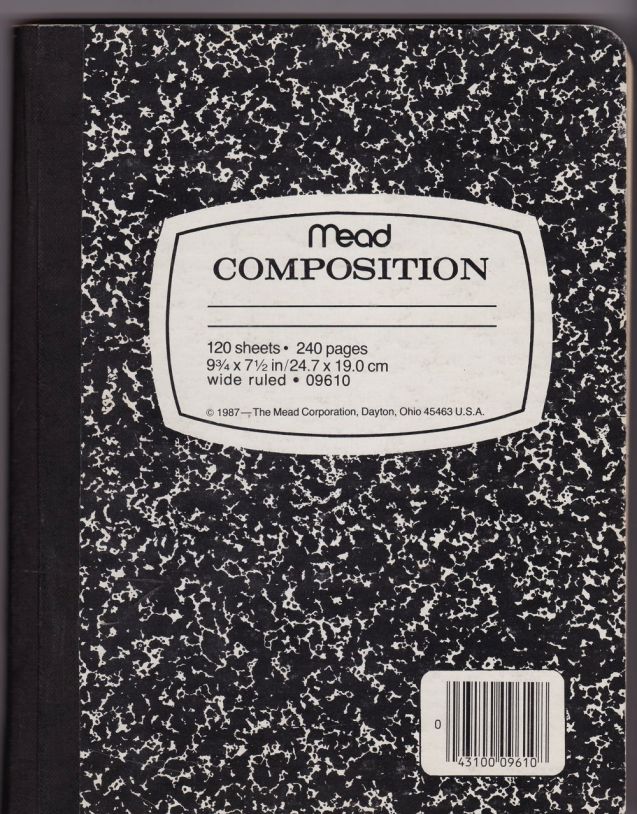 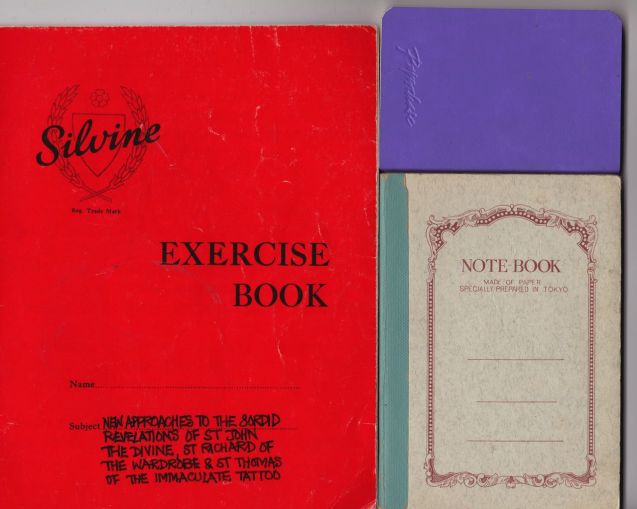 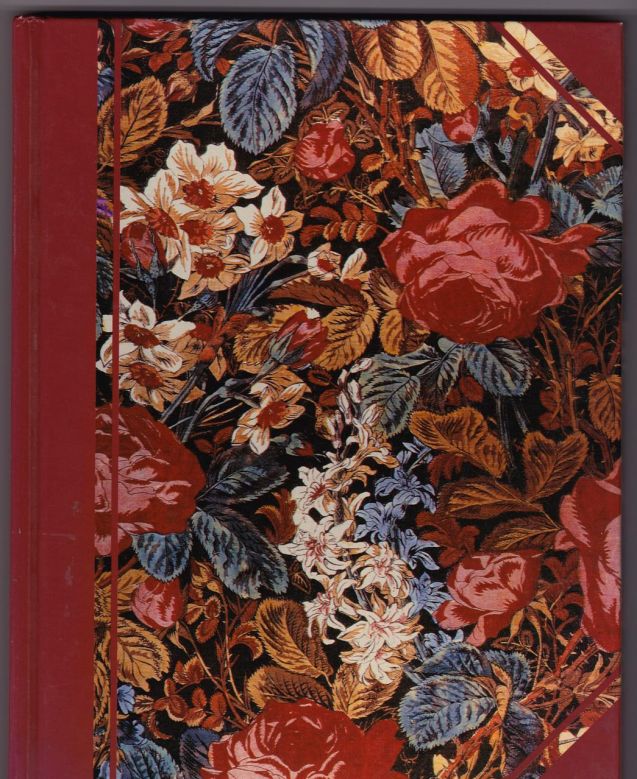 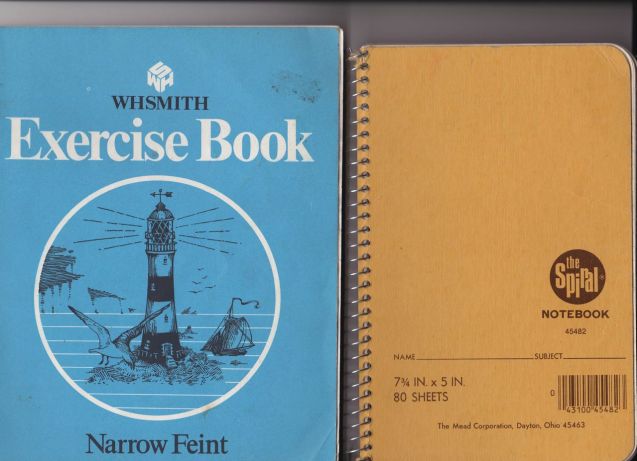 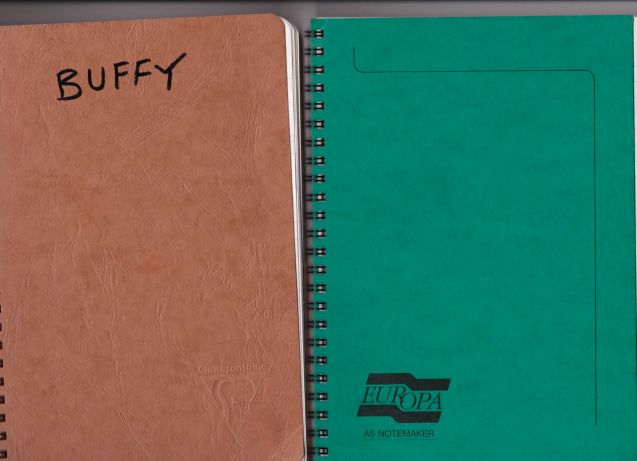 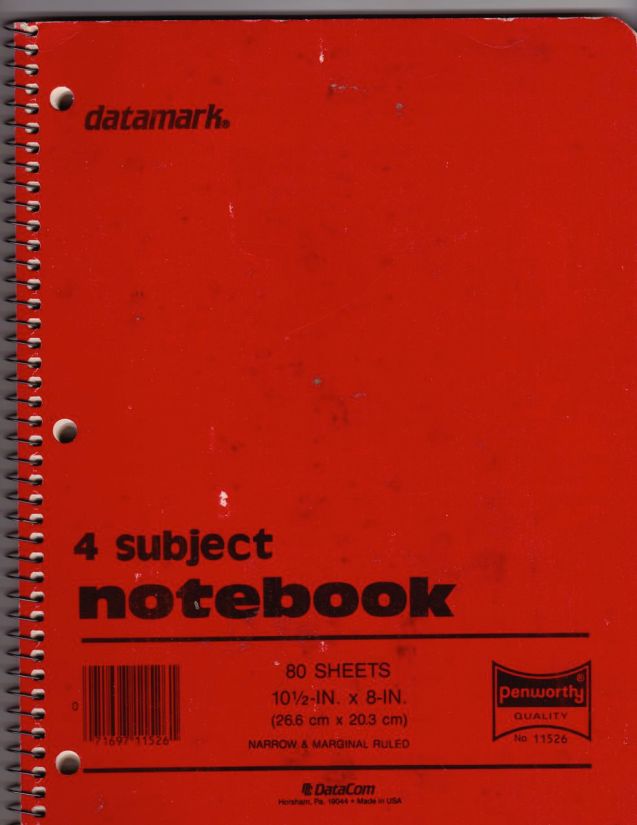 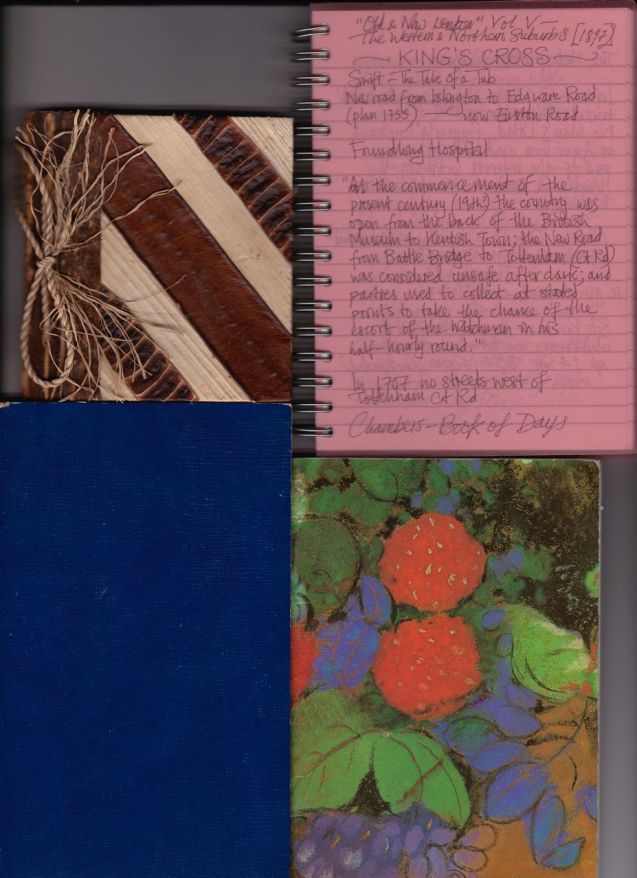 4 thoughts on “MY NOTEBOOKS PART 2”