Just when you thought vampires had lost their bite, along comes Korean director Park Chan-wook with Thirst. It’s a loose adaptation of Emile Zola’s Thérèse Raquin in which the adulterous lovers also happen to be drinkers of blood. They suck, they fuck and they kill, and, in the event of a vampire death-match, they would surely make mincemeat out of a toothless teen idol like Edward Cullen. Twilight this is not. 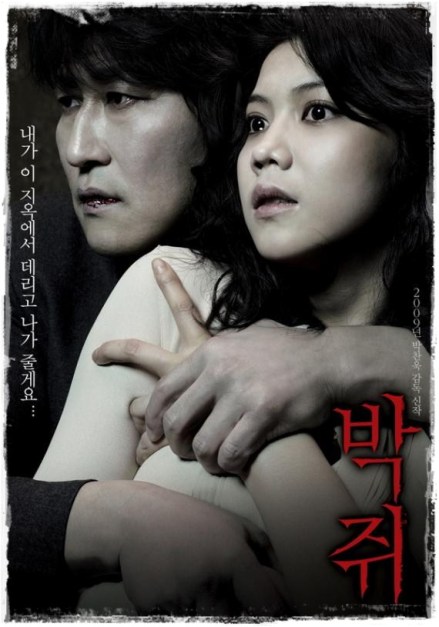 The leading man is Song Kang-ho, one of the better-known Korean actors in the West thanks to his enjoyably broad performances in The Host and The Good, The Bad, The Weird (in which, naturally, he played The Weird). But he’s on curiously subdued form here as a Catholic priest who, stricken with a sort of Weltschmerz, volunteers for a medical experiment and apparently dies of a virus which afflicts its sufferers with blisters and internal bleeding.

But lo, he revives! Hailed by a small bunch of followers as a miracle-worker (a plot thread almost immediately consigned to the back burner) he now finds himself virtually indestructible and possessed of heightened senses, super-strength and the ability to leap tall buildings with a single bound. And, oh yes, he has to drink human blood to keep the blisters and bleeding at bay. Surprisingly, given the nature of his calling, traditional vampire banes like crucifixes and holy water don’t seem to be an issue, but sunlight makes him sizzle. There are no fangs, though there is a scene in which he hangs upside-down from the eaves, like a bat. 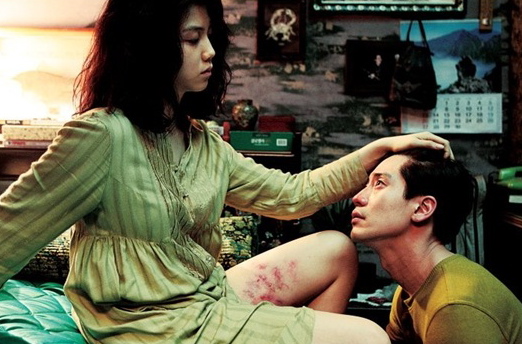 There’s rather more gore than in, say, Diary of a Country Priest, but the film keeps a straight face until around the half-hour mark, when Zola kicks Bresson into touch. Mah-jong replaces the novel’s dominoes in the narrative, but it cleaves pretty closely to the book’s trajectory. Song, hitherto celibate, falls in lust with the downtrodden wife (Kim Ok-vin) of a childhood friend. Cue the first of several explicit sex scenes with added toe-licking and, of course, neck-biting. She blossoms into a femme fatale, he shares his secret with her and eventually – once they’ve murdered her husband, and her bossy mother-in-law has been incapacitated – brings her over to the dark side, only to find her appetites exceed his own.

There’s nothing gloomy or Gothic about these vampires. Jo Yeong-wook’s music is pretty and romantic, and keeps threatening to turn into Tchaikovsky’s Fourth Symphony. The mise-en-scène plays with colour-coding and is beautifully stylised, as you’d expect from the director of Oldboy and Sympathy for Mr Vengeance, and puts an amusing spin on pragmatic details of the vampire lifestyle – blood-bags in the fridge, where to sleep if you don’t have a coffin, and so on. 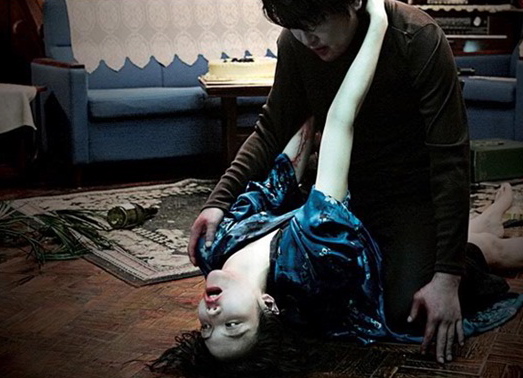 The conceit of blending classic literature and horror makes Park’s film a sort of X-rated cousin to Pride and Prejudice and Zombies. There’s enough plot here for about three movies, but the Zola is never properly integrated with the priestly scenes, which seem like extracts from another film entirely; the drinking of blood is likened to the Eucharist, but the religious or metaphysical implications of Song’s condition get short shrift. Instead, as melodrama takes over, so Park sheds whatever pretensions to sobriety he might have entertained and plunges into Grand Guignol farce from which the film never fully recovers. But it is a lot of fun – providing you’re not averse to arterial gush.

Unfortunately, the broad humour ends up undercutting the potential poignancy of the ending, which packs about as much emotional wallop as Blade II. Never mind, because it’s not every day you see two vampires locked in such a colourful apache dance of destruction, filmed with such aplomb. Thirst, like the even better but very different Let the Right One In, makes vampires dangerous again. Edward Cullen, eat your heart out. 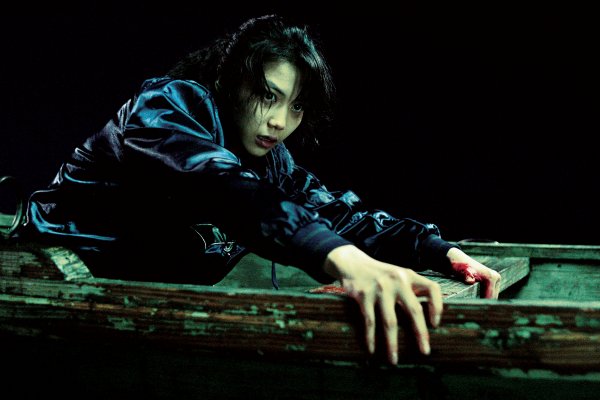 This review was first posted on theartsdesk.com in 2009.

EVERYTHING I’VE EVER WRITTEN ABOUT THE TWILIGHT SAGA

SOME NOTES ON FRANCIS COPPOLA’S TWIXT