Like most horror fans, I’m fed up with zombies. But because the unexpected highlight of last year’s Imagine film festival was Jeremy Gardner’s low-budget zombie pic The Battery, this year I permitted myself another couple of forays into the world of the undead.

But then, all the best zombie movies, from Night of the Living Dead onwards, aren’t so much about zombies as studies of human behaviour. For film-makers with no interest in or experience of real-life war, a zombie apocalypse provides an ideal pretext for the sort of siege situation that is the lifeblood of films shot in a limited location with minimal resources and cast. A case in point is El Desierto, written and directed by German-born writer-director Christoph Behl, and shot in Argentina with Spanish-speaking actors. 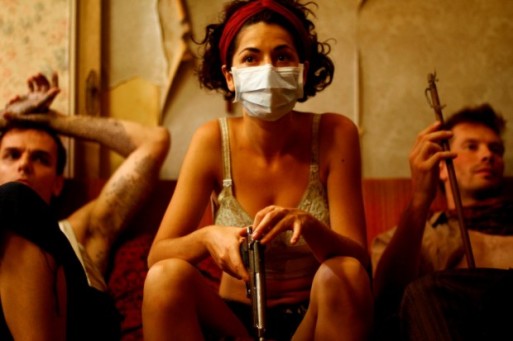 One young woman and two young men are holed up in a fortified but increasingly claustrophobic Huis Clos, recording their innermost thoughts, Big Brother style, on video diaries that are supposed to remain private – but don’t. We catch only brief glimpses of the outside world, though the unsettling sounds there are picked up by microphones and transmitted to the house to add to the ever-present buzzing of flies.

But it’s the ménage à trois that’s the focus here, not what’s happening outside. Between deadening daily routine, allegiances shift, nerves become frayed, and games of Truth or Dare teeter on the edge of disaster. The film outstays its welcome by 15 minutes, but like The Battery, the dynamics of the relationships ring uncannily true, a reminder that today’s most psychologically uncompromising drama is as likely to fall under the banner of genre as advertise itself as “serious” cinema.

After the egregious Hansel & Gretel: Witch Hunters, Tommy Wirkola returns to his native Norway for the sequel to his horror-comedy Dead Snow. Dead Snow 2: Red vs Dead picks up immediately after the events of the first film. The Nazi zombies march on a town full of people; only the lugubrious Vegar Hoel, sole survivor of Dead Snow and with a newly attached zombie arm, can stop the carnage. The introduction of a trio of earnest American zombie hunters undermines the Nordic deadpan, but the splatstick is inventive and the late-breaking arrival of some traditional Nazi foes (the clue’s in the title) provides an extra burst of zombie mayhem.

In print, ghost stories work most naturally in the short format; in cinema, something extra is needed to extend or develop a simple haunting to feature length. The solution of two films screened at Imagine was to mix and match elements hitherto more often encountered as motors for separate stories.

In the case of Oculus, co-written by director Mike Flanagan with Jeff Howard, the evil mirror trope is combined with demonic possession, use of modern technology to record paranormal phenomena à la Nigel Kneale, a J-horror type phantom, some small but grisly moments of body horror (fingernails! teeth! a lightbulb! eek!) and an interesting double timeframe, in which flashbacks are set against, and gradually become indistinguishable from, events taking place in the present as history threatens to repeat itself.

Erstwhile Doctor Who companion Karen Gillan (with unobtrusive American accent) also gets to deliver a classic example of the Evil Legend Synopsis, in which she rattles off a resumé of the mirror’s corpse-strewn history before co-opting her younger brother (Brenton Thwaites), rendered sceptical by a decade of therapy, into a showdown with the looking-glass she believes responsible for the gruesome fates of their parents (Katee Sackhoff and Rory Cochrane) eleven years earlier.

Flanagan, who directed the eerie but less audience-friendly Absentia, prefers creepy build-up to jump-out-of-your-seat shocks, doesn’t overdo the sudden-reflection-of-someone-who-isn’t-there cliché, and has a nice line in dwelling on characters’ facial expressions before allowing the audience to glimpse whatever horrific or inexplicable thing they’ve caught sight of.

Jennifer Kent’s accomplished feature debut The Babadook revolves around a parent-child relationship, and showcases a stonking great neurotic woman performance from Essie Davis to set alongside those of Nicole Kidman in The Others and Belén Rueda in The Orphanage. She’s matched by an equally unnerving turn by child actor Noah Wiseman as her six year old son, born the same day that his father – her husband – was killed driving her to hospital.

The story adroitly weaves together two popular but seemingly contradictory horror leitmotifs, dealing en route with the social and economic stresses of single parenthood, with, as catalyst, an Edward Goreyesque children’s pop-up book so deliciously ominous it makes Struwwelpeter seem warm and fluffy.

Kent strikes a nicely judged balance between subjective and objective, and between physical and psychological, with a monster that might or might not be literal, but which is all the more deliciously creepy for having been conjured out of dark shadows and (appropriately slightly creaky) practical effects, rather than via computer ones.

Even at 76 minutes, H.P. Mendoza’s I Am a Ghost seems an hour too long, and would almost certainly have worked better as a short film. Anna Ishida plays a ghost called Emily who wears a white Edwardian-looking frock, and performs routine – and repetitive – tasks in an old house which she is unable to leave. By way of conversations with an (unseen) medium, we eventually learn that she died violently, perhaps a murder victim, and that something is preventing her from going into the light.

Deliberate repetition is a risky business in films, and the use of it in Mendoza’s screenplay feels random, imposed restrospectively by editing, rather than part of a carefully worked out gameplan. It seems unfair to compare the microbudgeted I Am a Ghost to bigger budget productions such as Haunter or Triangle, where the repetition doesn’t become tiresome (and in some cases is actually quite chilling) but a watertight screenplay costs time and effort, not money.

Ishida’s dialogue and delivery – even her posture – are so anachronistically modern (I doubt Edwardian folk used phrases like “in synch”) that at one point I started wondering if she was really a modern ghost who only thought she was an olde timee one – but that was probaby a result of the slow pace giving me time to overthink things. There are some terrific ideas in here – and stories told from the ghost’s point of view are always intriguing – but the screenplay needed a lot more work. 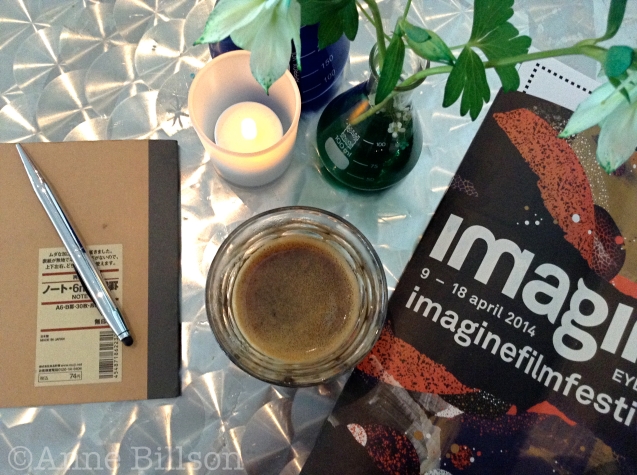