In June 1983, I snuck into the derelict Kensal Baths in Kensal Road with my friends Tom and Richard, and Angela and Sonia, two lovely dancers from The Place, the London dance centre where Tom was working. Tom did the styling, I took the photographs, and Angela, Sonia and Richard showed they were game for anything. All the photographs were taken with natural light. At some point we were joined, briefly, by some local children. It was fun.

I no longer have access to a darkroom, so all black and white negatives were scanned with an Ion Film 2SD Pro scanner, with mixed results. I would like to have been able to print each photograph properly with an enlarger and so forth, but that just wasn’t possible. Some of the pictures have a strange colour cast due to having been accidentally scanned via the colour negative setting instead of the black and white one. I quite liked the results, so kept them. 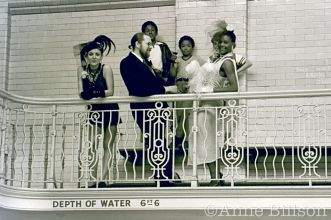 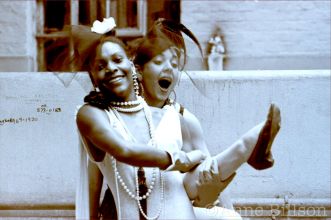 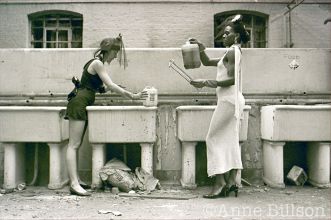 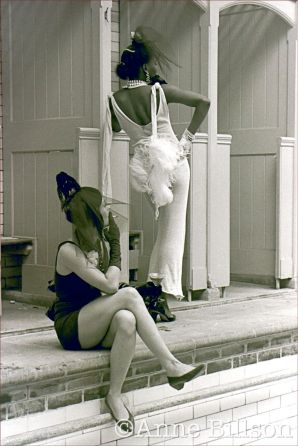 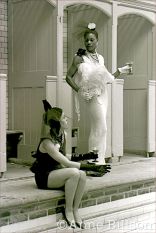 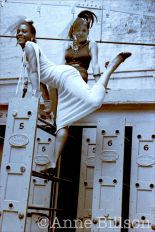 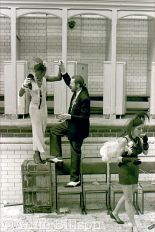 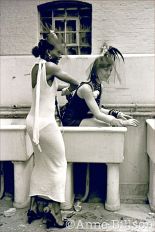 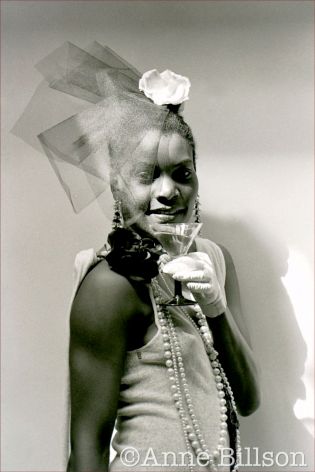 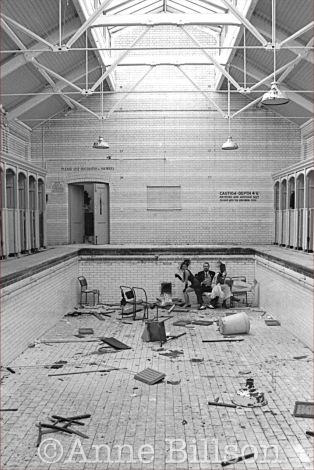 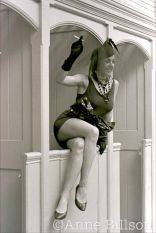 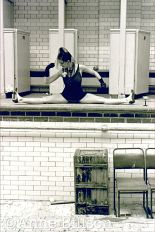 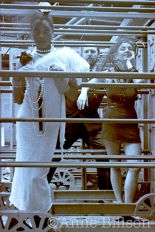 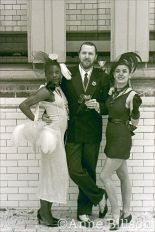 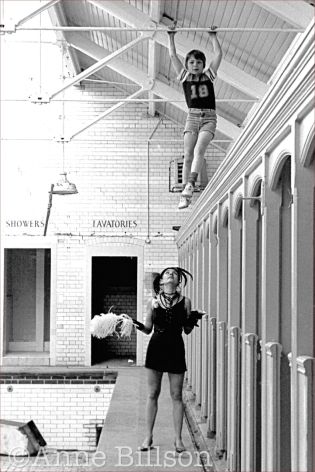 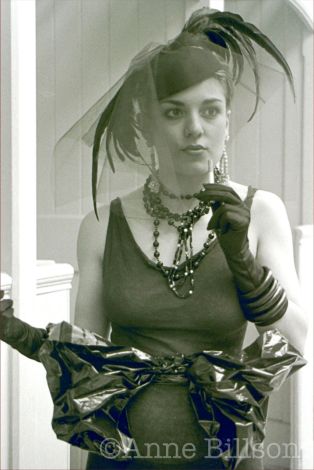 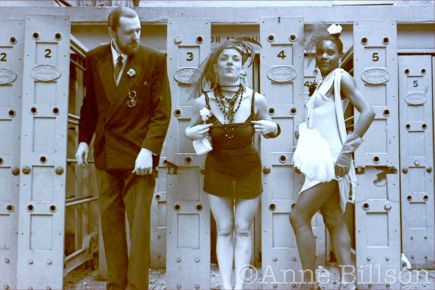 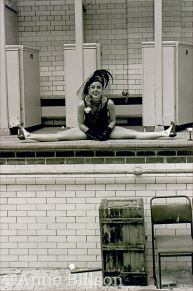 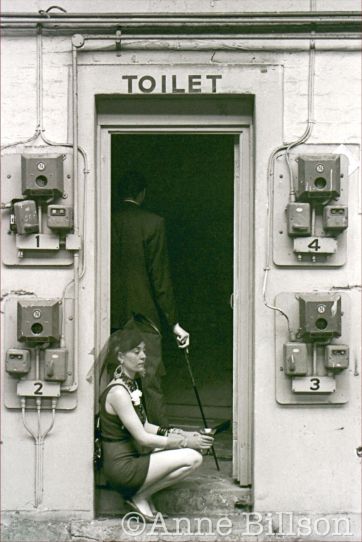 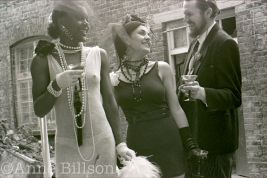 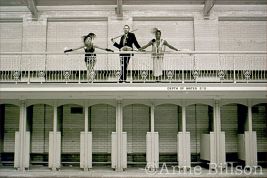 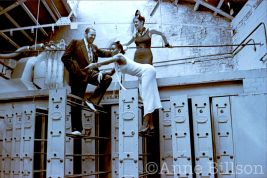 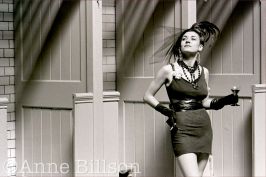 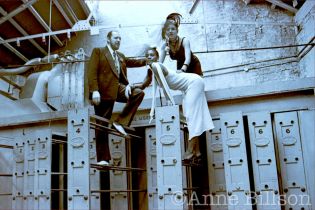 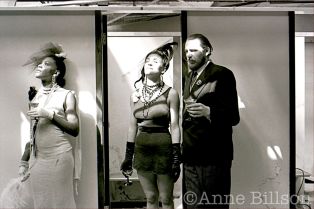