We must treasure The Heat, because it’s a rare bird. There are more movies in which male cops are partnered with dogs than there are female buddy cop movies. I can think of Feds, with Rebecca De Mornay and Mary Gross as FBI trainees, and Miss Congeniality 2: Armed and Fabulous, in which FBI agent Sandra Bullock teams up with Regina King to go undercover at a Las Vegas drag club. Er, that’s it.

Bullock plays another FBI agent in The Heat, this time partnered with foul-mouthed Boston cop Melissa McCarthy. It’s a classic snob versus slob set-up, with a story that sticks to the time-honoured mismatched buddy formula in three acts – mutual antagonism giving way to grudging tolerance blossoming into affectionate respect. It’s all very formulaic, so I tried to work out why I enjoyed it so much, over and beyond the likeability and comic precision of the two leading actresses.

Conclusion? It’s because – formula or no formula – we’ve never seen this before.

Yes, we’ve seen it with Nick Nolte and Eddie Murphy in 48 Hours, Mel Gibson and Danny Glover in the Lethal Weapon franchise, James Belushi and Rando in K-9 and its sequels, and countless other all-male combos. But we’ve never seen a movie in which two female cops go undercover at a disco, get called into their captain’s office, tackle drug dealers, solve a case, and are funny and swear a lot. How come it has taken Hollywood this long to get round to pairing two actresses up in this way? There was Cagney and Lacey on TV, but mismatched buddy cops on the big screen have pretty much been men-only. 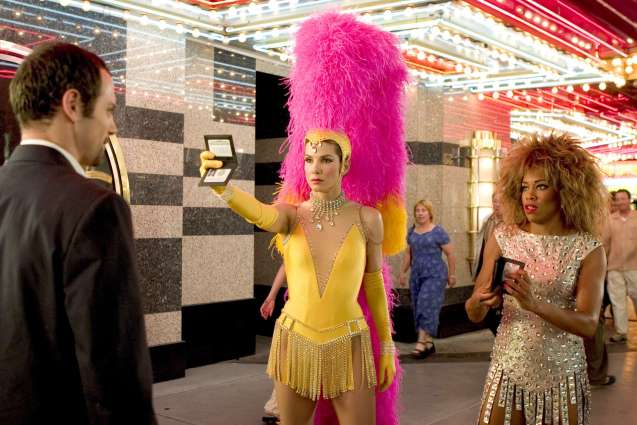 But then female buddy movies in general are an exotic and unusual species. Hollywood seems more comfortable with actresses in clusters, apparently not trusting a mere one or two women to hold an audience’s attention. Hence we have oestrogen-fests like Bridesmaids, Sex and the City or Mamma Mia!, which give us four! five! six! actresses for the price of one.

And there seem to be more female characters breaking the law than actively upholding it – Susan Sarandon and Geena Davis in Thelma and Louise, Brigitte Bardot and Jeanne Moreau in Viva Maria! , Penelope Cruz and Salma Hayek in Bandidas, Kate Winslet and Melanie Lynskey in Heavenly Creatures, Helen Slater and Melanie Mayron in Sticky Fingers.

I resorted to picking the brains of film buff friends. I was reminded that Holly Hunter and Sigourney Weaver play a cop and psychologist who team up to catch a serial killer in the unabashedly derivative and almost comically humourless Copycat. More felicitously, slobby Bette Midler and snobby Shelley Long in Outrageous Fortune play actresses who pretend to be cops to extract information from a couple of crooks. It’s worth seeing just to hear Long’s hilarious faux-Bronx accent, and this is the only comedy-thriller I can think of in which the outcome hinges on a ballet step.

Meanwhile, around the world, there has been the occasional femme-friendly bright spot. In Hong Kong, which has a tradition of female action stars, Michelle Yeoh and Cynthia Rothrock (both of whom should have been invited to star in the next Expendables movie) play police inspectors who team up to kick all manner of ass in Corey Yuen’s Yes, Madam! (1985). The Israeli coming-of-age film Close to Home (2005) is about two 18-year-old mismatched female soldiers doing their military service… which is almost police work. You’re Under Arrest, a Japanese franchise (manga, anime and live action) set in a fictional police station in Tokyo, revolves around the exploits of two female cops and in 1999 spawned an animated feature film, You’re Under Arrest: The Movie . 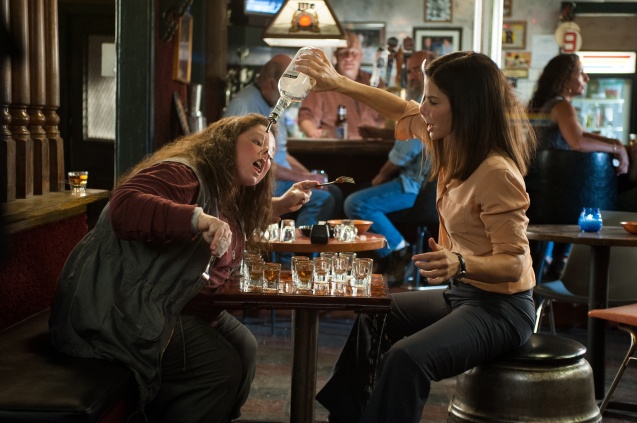 But the pickings are slim, especially in Hollywood, where the percentage of female characters in any sort of movie has declined to a five-year low – 28.4% in 2012  – and what’s the betting most of those are inert eye-candy, or plot devices who get kidnapped? I’ve started wondering if the predominantly male studio executives are reluctant to encourage production of more films with women in leading roles because they fear it could reflect badly on their own manliness in the eyes of their peers. Why else is Hollywood so scared of women?

An obvious answer would be that the films in which they star aren’t profitable – except, as New York Magazine‘s Vulture points out, they often are; Outrageous Fortune, Romy and Michele’s High School Reunion and Baby Mama all made money, and the overall hit-to-miss ratio is certainly no worse than movies starring men. The Heat has already taken enough at the box-office to trigger talk of a sequel, though Bullock has said she’s not interested. But will it trigger a new wave of female buddy cop movies? When pigs fly, perhaps.

But substituting a female lead for a male one is an easy way of jiffing up a sagging formula, and Hollywood output currently needs all the jiffing up it can get, so what have they got to lose? As far as I can see, men are enjoying The Heat just as much as women, so that old canard about male audiences being put off by female leads won’t wash. And has there ever been a single case of male viewers refusing to go and see Alien or The Terminator films because Sigourney Weaver or Linda Hamilton played leading roles in them? I rest my case.

This piece was first posted in August 2013 on the Telegraph website.

One thought on “RARE BIRDS: THE FEMALE BUDDY COP MOVIE”