Lee Byung-hun in The Good, The Bad, The Weird.

I don’t normally like to read too much about a film before watching it, but I made an exception for The Reader, since I was having trouble working out what kind of movie it was. The Graduate with a lurking concentration camp motif? A Stanley & Iris-style study of illiteracy with a dash of The Night Porter?

But the more I read about it, the less it appealed, because I can’t imagine how this film could surprise or enlighten or delight me in any way whatsoever. And now I’ve got it confused with Revolutionary Road, which I haven’t seen either, and not just because both titles begin with R. Revolutionary Road, like The Reader, features Kate Winslet getting naked, is adapted from an acclaimed novel, and is directed by someone who made his name in British Theatre. One such film is happenstance; two practically constitutes a genre, and I think I’ve finally worked out what that genre is. It’s Films For People Who Don’t Really Like Films.

People who don’t view cinema as a viable artform are only drawn to films which have been slapped with a cultural seal of approval: critically approved source material, or directors who have made their names in more venerable artforms, such as literature or theatre. They wouldn’t dream of going to see thrillers starring Jason Statham, or comedies starring Will Ferrell, or horror movies starring no-one they’ve ever heard of, though I would argue there’s likely to be more true cinematic feeling in such movies’ little fingers than in the entire bloated corpus of Atonement or Proof or Possession (and I’m not talking about the one where Isabelle Adjani has sex with a tentacled monster). Let’s face it, film-makers who try to reproduce the virtues of literature or theatre or fine art without understanding that film is an entirely different medium, with its own peculiar virtues, only ever succeed in coming up with ponderous, meretricious, upmarket kitsch.

I’m not saying such films are wholly without their pleasures, if not necessarily the ones their makers intended. For instance, I couldn’t tear my eyes away from Nicole Kidman’s fake nose in The Hours. And perhaps Kate getting naked will in itself enough to make The Reader and Revolutionary Road worth the haul. (And yes, I will get round to watching them at some point, and wouldn’t it be great if they did surprise me and force me to eat my words?)

I’m with the Surrealists on this one, which I discovered by chance (and not, I assure you, because I was seeking intellectual justification for my sins) while flicking through Ado Kyrou’s Le surrealisme au cinéma. Kyrou writes (pardon my clunky translation) “Let us look at commercial cinema through new eyes, because it’s there that one finds the most unexpected riches.” I’m all for that. The films I’m most looking forward to seeing are not worthy Oscar bait like Milk or Doubt, though I daresay Sean Penn’s fake nose or Meryl Streep looking stern in a black bonnet may well afford the odd unexpected thrill, and I’ve already ascertained that Frost/Nixon is worth watching purely on the strength of one or two of Frank Langella’s more complicated facial expressions.

But what I really want to see is Stephen Rea embedded in Mena Suvari’s windscreen for half the running-time of Stuart Gordon’s Stuck. I want to see Tony Leung, the most beautiful actor in the world, as a Chinese warlord in John Woo’s Red Cliff, and Lee Byung-hun, second most beautiful actor in the world, poncing around in cool scar make-up and tight black trousers in Kim Ji-woon’s wacky Leone homage, The Good, The Bad, The Weird. I want to see My Bloody Valentine in 3-D, and Outlander, starring Jim Caviezel as an alien who teams up with the Vikings.

And right at the top of my dance-card, I’m afraid, is Beverly Hills Chihuahua, which I just have to see on the basis of that stupid title alone. I’m sure some of these films will be rubbish, but equally sure that even the worst will yield moments of cinematic joy entirely absent from the likes of Revolutionary Road. If you want intellectual justification for Beverly Hills Chihuahua, I could probably rustle it up, but do we really need it? This is Cinema. 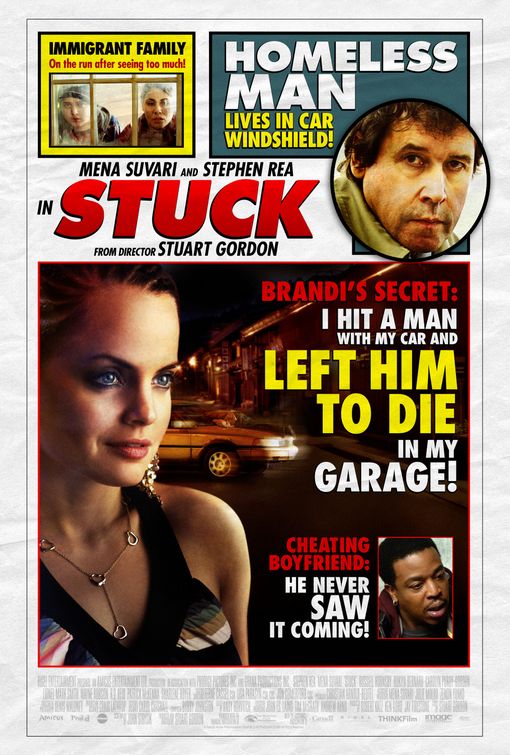 This piece was first published in The Guardian in January, 2009.

Films For People Who Don’t Really Like Films can be found alongside 25 other pieces in the ebook Anne Billson on Film 2009, available to download FREE! from smashwords (in Kindle, ePub and PDF formats). 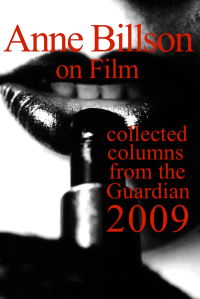