I’ve heard Sofia Coppola’s The Bling Ring described as a “heist movie”. Well, isn’t that just typical of young people nowadays. Their idea of a “heist” is strolling into houses and helping themselves. What about the gadgets? The planning? The excessively complicated modus operandi that makes you wonder why these career criminals can’t get rich by applying their mad skills to some sort of legal enterprise? Où sont les caper movies d’antan? Emma Watson and her friends could learn a thing or two from the classic heists of yore. Here are some pointers.

Claire Julien and Emma Watson in The Bling Ring.

To the kidz of today, booty means “bottom” or “vagina”. To caper aficionados it’s another word for swag, or plunder. The Bling Ring kids unthinkingly pilfer whatever shiny overpriced baubles they stumble across, which immediately sets them apart from the discerning thieves in Rififi, who target the Place Vendôme branch of Mappin & Webb. Or Thomas Crown who in the remake of The Thomas Crown Affair sets his heart on Monet’s San Giorgio at Dusk. Or Diabolik in Diabolik, who, not content with stealing a rare emerald necklace, then goes after the biggest gold ingot in the world. Even a thief should have ambition.

The Bling Ring kids dress up in whatever slutty designer togs they nicked from their last raid. They could take lessons from Bob le flambeur, who in the film of the same name wears a dinner jacket to rob the casino at Deauville, or Peter O’Toole, who looks natty in black tie when he breaks into Audrey Hepburn’s house in How to Steal a Million. And it would never occur to them to disguise themselves as a cleaning woman, as Audrey does in the same film so she can half-inch a fake Cellini statuette, let alone emulate Diabolik by donning a skintight black or white all-over bodysuit.

The Bling Ring kids drive right up to their quarry’s house and then walk inside. But where’s the fun in that? They should have hooked up with at least one circus acrobat who could be lowered into Paris Hilton’s house on wires like Giulio the Human Fly in Topkapi (or Ethan Hunt 32 years later in Mission: Impossible) or be smuggled into Lindsay Lohan’s vault, Trojan Horse-style, like Yen, the “grease man” in Ocean’s Eleven. At the very least, there should be infra-red security beams which require thieves to raise one leg over their heads, as Shirley MacLaine does, very sexily, in the original Gambit, or wiggle their bottom fetchingly like Catherine Zeta-Jones in Entrapment.

The Bling Ring kids (all of whom are white except the one played by Katie Chang) chant along to unremarkable rap and hip-hop, and shriek “Awesome!” or “Omigod!” or “So cute!” as they happen across each fresh instance of Louboutin or Louis Vuitton. This immediately sets them apart from the professional heistmeisters in Rififi, who commit an entire robbery (a staggering 33 minutes of silent running-time) without music or indeed a single word of dialogue. If there must be music, at least let it be quality scoring by Ennio Morricone (Danger: Diabolik) or Quincy Jones (The Italian Job) or Tangerine Dream (Thief). 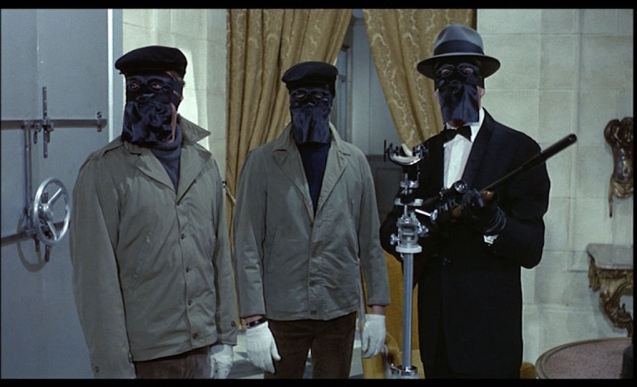 The nearest The Bling Kids get to hi-tech gadgetry is a bit of ineffective CCTV. Thieves in classic caper movies are forever encountering sophisticated security systems that require the utmost planning and ingenuity to circumvent. In Le cercle rouge, Jean-Pierre Melville’s answer to Rififi (which Melville had wanted to direct), Alain Delon and Gian Maria Volonté steal across rooftops, shin down rope ladders and slice through windows to rob Boucheron in a virtually wordless 25 minute sequence; but to open the locks they have to call on the services of alcoholic sharpshooter Yves Montand, who forges his own bullets and has to hit a teeny-tiny button from the other side of the room. Naturally he does it in black silk mask, black leather gloves, black tie and fedora. This is one of my favourite moments in the whole of cinema.

The Bling Ring kids check Facebook to see who’s out of town, and then it’s all “I wanna rob” and off we go. Real thieves think bigger. With the help of Benny Hill’s computer skills, the crooks in the original The Italian Job bring the entire city of Turin to a standstill via the mother of all traffic jams so they can get away with the loot in a trio of patriotically coloured Mini Coopers. In Ocean’s Eleven, Basher Tarr (Don Cheadle with a bad Cockney accent) fries all the circuitry of Las Vegas with a giant electromagnetic pulse for reasons that escaped me even while I was watching the film, but they’re not just robbing a single casino – they’re robbing three in a single night. And that’s nothing – in the original Ocean’s Eleven, the Rat Pack robs five casinos.

Even so, stealing is the easy part, because then the casino bosses are snapping at their heels, and Diabolik’s girlfriend gets kidnapped by a mobster, and the crack crews of Rififi and Le cercle rouge have rival gangsters and cops on their tail, and it all ends in death and burning coffins and exploding gold.

In The Bling Ring, on the other hand, Paris Hilton has so much stuff that the slacker thieves waltz back into her house five times before she even notices she’s been robbed. O tempora! O mores! 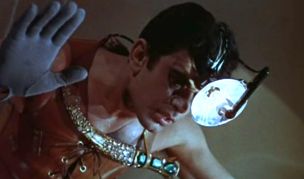 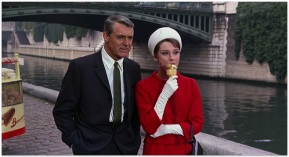 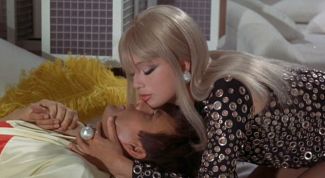 This article first appeared on the Telegraph website in July 2013.