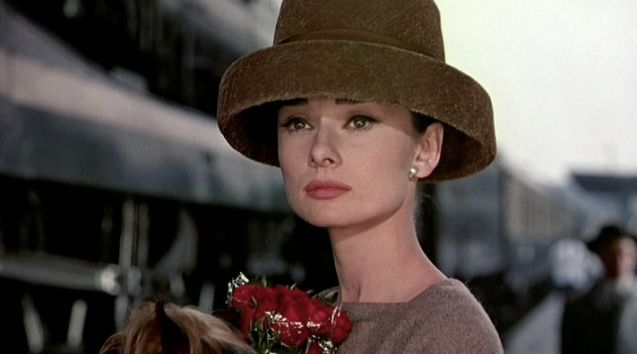 What do we know about Audrey Hepburn? That she was super-skinny, with enormous eyes and a dazzling smile. That towards the end of her life she worked tirelessly as special ambassador for UNICEF. That she’s a style icon, so full of grace, elegance and charm that her image is still being used by advertising agencies to sell jeans, cars and chocolate.

She played ageless, sexless gamines and ingenues and a water sprite and (in Green Mansions, directed by her then husband, Mel Ferrer) Rima the Bird Girl in a pixie tunic in the jungle, and (in Steven Spielberg’s Always) an angel in a field of corn. She was an obvious Peter Pan – and indeed was set to play it in 1964, in a live action version directed by George Cukor, with Laurence Olivier as Captain Hook, till Disney threatened Great Ormond Street Children’s Hospital with legal action in a dispute over rights.

Roman Holiday was her first leading film role, and she won an Oscar for it, as though everyone realised her star persona was already fully formed, and that few of her later characters would deviate from her unworldly, otherworldly Princess Ann. Yet, at 24, the Audrey Hepburn was already the sum of several lives: as the Belgian-born daughter of a penniless Dutch baroness and a British wastrel (both of whom dabbled in Fascism before the war), ballet student, survivor of occupied Arnhem, heroine of the Resistance (she delivered a message to a British parachutist under cover of picking wild flowers in the woods), model, chorus girl, bit-part player. Roman Holiday might have seemed like overnight success, but she had already lived through more than your average ingenue. 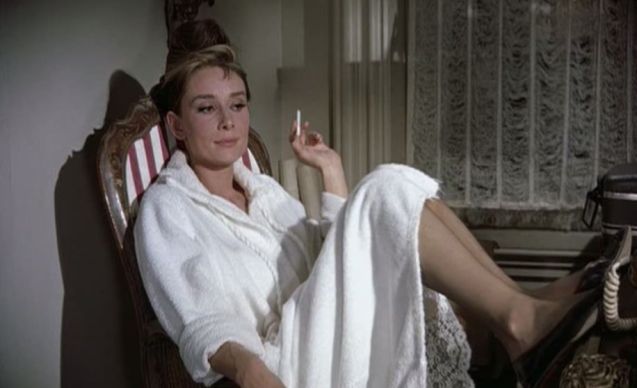 It wasn’t even her first big break – she had already been talent-spotted in the lobby of Monte Carlo’s Hotel de Paris by the French author Colette, who reportedly declared, “Voilà! There is my Gigi!” Hepburn went on to star in Anita Loos’ adaptation of Colette’s novel on Broadway. Critics noted her lack of experience, but were nevertheless disarmed. Richard Watts Jr. of The Post wrote, “She is as fresh and frisky as a puppy out of a tub.”

With her looks, she stood out from the crowd. So when Paramount was searching for their Princess Ann, the studio’s London production chief remembered her in a tiny role as a cigarette girl in Laughter in Paradise. Director William Wyler said, “She had everything I was looking for – charm, innocence and talent. She also was very funny. She was absolutely enchanting, and we said, ‘That’s the girl!‘”

Roman Holiday was the first Hollywood movie to be shot entirely on location in Italy. Hepburn plays Cinderella in reverse – a princess so fed up with official duties that she goes AWOL to spend the day as a commoner in Rome, getting a haircut opposite the Trevi fountain, riding a scooter, falling in love with journalist Gregory Peck. The 13 year age gap between them was not excessive, yet prefigured a May-October pattern in which she would be repeatedly paired with male stars old enough to be her father – Humphrey Bogart (29 years her senior) in Sabrina, Fred Astaire (29 years her senior) in Funny Face, Gary Cooper (27) in Love in the Afternoon, Cary Grant (25) in Charade, and Rex Harrison (21) in My Fair Lady.

The age differences were exacerbated by Hepburn’s invariably seeming years younger than she really was, yet now seem chaste rather than creepy thanks to the absence of anything resembling sex appeal. Superficially, of course, this could be due to her perennially boyish figure; Billy Wilder called her “the girl most likely to make bosoms a thing of the past” while Photoplay magazine proclaimed her “flat-chested, slim-hipped and altogether un-Marilyn Monroeish.”

But it’s not just the androgynous form – it’s also the absence of any sensuality, duplicity or mystery. In Breakfast at Tiffany’s, she strips Holly Golightly of all Lula Mae Barnes’ earthy sexuality and turns her into a chic Manhattan clothes horse. Truman Capote, who wrote the book on which the film was based, wanted Monroe for the role, but “Paramount double-crossed me in every way and cast Audrey. She was just wrong for that part.”

But Hepburn established a new standard of beauty and her look was widely copied. In the 1950s her popularity was positively liberating in that it presented an alternative to voluptuous sex symbols such as Marilyn Monroe or Elizabeth Taylor, with an image that appealed more to young women than to men. Ironically and unwittingly, that angular physique has since exercised its own sort of tyranny over generations of females who now believe the acme of chic is having the stick insect body and personality of an eternally pubescent girl.

Famed costume designer Edith Head said Hepburn could eat five chocolate eclairs at a sitting, which doesn’t sound to me like a very healthy relationship with food. But whether or not the actress ever suffered from anorexia or bulimia (something her friends strenuously deny) it’s clear that by the end of the war, the malnutrition she and her countrymen suffered during the German Occupation had left her with health problems; she was 5’6½” and weighed 90lb. After a few adolescent flirtations with binge-eating and chubbiness, she would never weigh more than 110lb, or grow any bigger than 32-20-35. 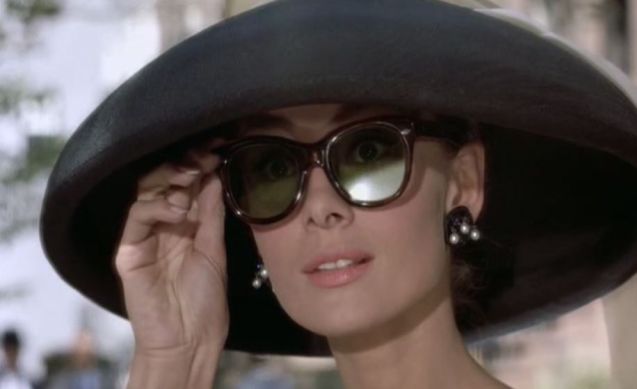 After the father figures, it’s refreshing to see her, from the late 1960s onwards, having fun with co-stars nearer her own age – giggling in a cupboard with Peter O’Toole (in How to Steal a Million), frolicking with Albert Finney (in Two for the Road), bickering with Sean Connery (in Robin and Marian). There are even hints of sexual complicity beginning to creep in. Who knows? If she hadn’t opted for early retirement, or if 1970s Hollywood had provided meatier roles for actresses, we might have seen her ripen and change.

Received wisdom has it that Hepburn was a great movie star, maybe not so great an actress. Her admirers cite as evidence for her talent her “serious” performances in The Unforgiven, The Nun’s Story or The Children’s Hour, where’s she’s rarely convincing and frequently dull, or in the stagey shockfest Wait Until Dark, in which she plays the world’s most soignée blindwoman.

But if, on the other hand, you take into consideration the adorable ingenue of Roman Holiday, Funny Face and Charade, she nails it. THIS is the great acting. Hepburn was always a hard worker, but here she makes it look effortless, as though she’s playing herself – the hardest thing of all, and invariably underestimated by those who think acting isn’t acting unless it’s in a po-faced drama, and you can see wigs or hear accents.

“You have to look at yourself objectively,” she told Movie & TV Album in 1957. “Analyze yourself like an instrument. You have to be absolutely frank with yourself. Face your handicaps, don’t try to hide them.” Richard Lester, who directed her in Robin and Marion, described her to Barry Paris (from whose biography many of the quotes in this piece were taken) as “a very hard, methodical, almost mechanical performer who worked at it very much the way dancers would.”

Everyone loves Audrey – except J.D. Salinger, and Emma Thompson, who finds her “fantastically twee”. But I don’t think Hepburn was twee. She drank scotch and smoked heavily and could be ribald, and her work ethic sounds like that of someone with a backbone of steel. It takes a lot of effort to be universally loved. She sounds like a trouper to me.

Breakfast at Tiffany’s (see catsonfilm.net for more about Cat).

This article was first published in The Daily Telegraph in August 2013, and subsequently posted on the Telegraph website. It has since been lightly edited (because I can’t stop tampering with things).