“Oh yes, I’d turn gay for him,” said a staunchly heterosexual male friend after seeing the young Alain Delon in Plein soleil, René Clément’s 1960 adaptation of Patricia Highsmith’s The Talented Mr Ripley. Delon, then in his early twenties, was at the height of his pulchritude; in shot after shot, his beauty takes your breath away. After a while, you stop asking yourself whether or not he’s just too beautiful for the role of Tom Ripley, the charming psychopath who assumes the identity of the friend he has killed, and you tell yourself yes, this is what films are all about.

Delon would continue to be beautiful for another decade. His face is still flawless in The Leopard (1963), Le samouraï (1967) and La piscine (1969), but in Borsalino (1970) it’s beginning to show faint traces of rumpled character. Thereafter, throughout the 1970s, the signs of ageing would slowly encroach. He continued to be – and still is, well into his seventies – an exceptionally good-looking man. But in his prime he was something else, something almost not human, something like an angel. If you went on a date with a man like that, you wouldn’t want him to talk (and what could he possibly say that would live up to the way he looked?) and you probably wouldn’t even want to touch; you would just want to stare at him, and maybe weep a little.

Traditionally, it’s female film stars who are the objects of beauty, there to be gazed at. Male film stars are supposed to be manly, rugged, active not passive. Of course all male film stars – as opposed to character actors – are handsome, but just occasionally they are more than that; they’re young gods, not of this earth, and if Keats were still around he would write odes to them. Perhaps it has something to do with the bloom of youth, which fades so quickly, and perhaps it requires a certain blankness or inscrutability that makes it impossible to guess what is going on these actors’ heads. All I know is it has nothing to do with sex – sex appeal is earthier, less ethereal, more rumpled and crumpled. These actors are perfect.

Here then are my Top Ten Most Beautiful Male Film Stars.
(Please note – not all the pictures are taken from the films in question. But some of them are.)

The young Cooper is the epitome of the laconic action star. With a face like that, he didn’t need to say anything; as life (and illness) caught up with him, the face continued to say it all for him. 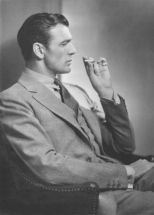 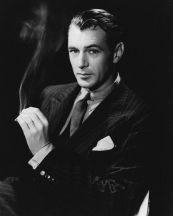 Hurd Hatfield in The Picture of Dorian Gray (1945)

“I never understood why I got the part, and have spent my career regretting it,” Hatfield said of his fine performance as Oscar Wilde’s corrupt anti-hero. In a reversal of the story, the actor himself grew older while his image was preserved, eternally beautiful, in Albert Lewin’s fine adaptation. 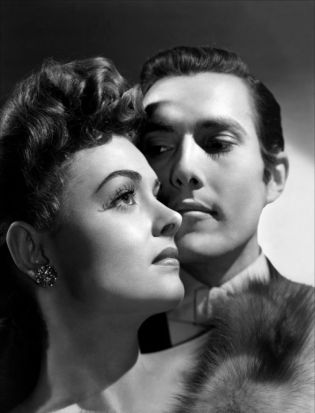 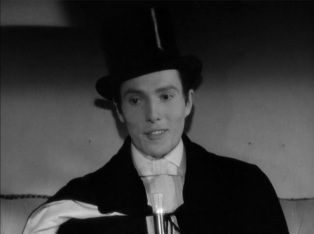 Was there anyone who did more for white T-shirts than the young Brando? Already looking a little pudgy in The Wild One (1953), he would later comprehensively sabotage his own smouldering beauty by putting on excessive weight. Possibly deliberately. 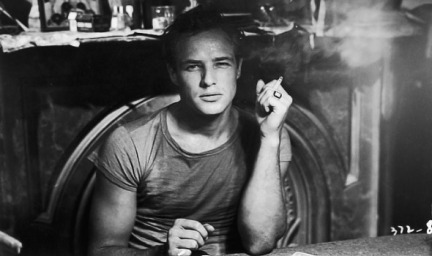 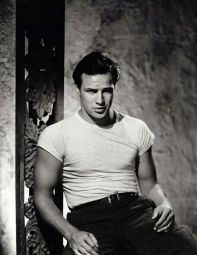 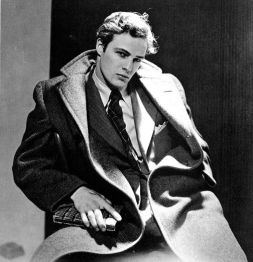 Dean starred in only three films before taking the “live fast, die young” credo literally by crashing his Porsche Spyder on Route 466. Even prettier than Brando, and with better hair, he died before he had a chance to grow bored with his own beauty. 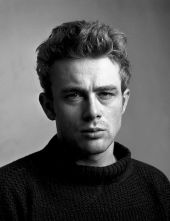 Newman proved that it is possible for a stunningly beautiful actor to grow old gracefully, and seemingly without vanity. Was he always a character actor trapped in a blue-eyed matinee idol’s body? 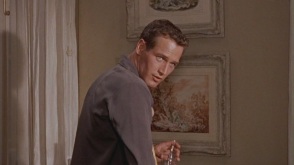 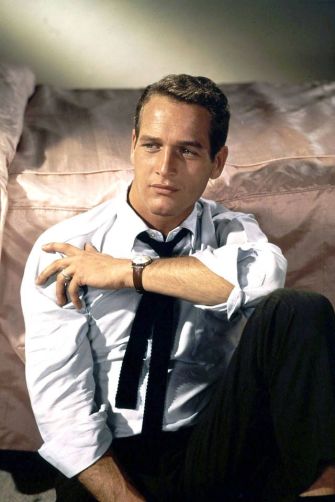 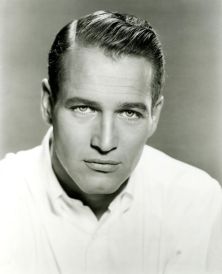 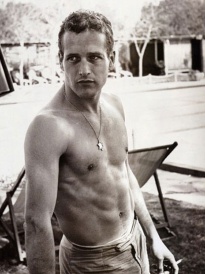 Delon was almost indecently beautiful for at least a decade after René Clément’s film, but continued to be a handsome screen presence in later films such as Mr Klein (1976), as the Baron de Charlus in Swann in Love (1983) and as Julius Caesar in Asterix at the Olympic Games (2008). 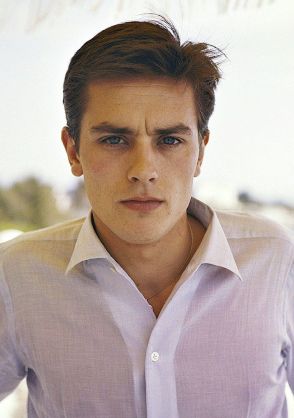 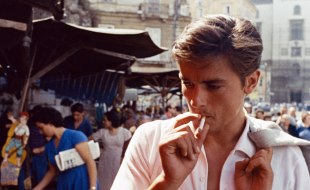 Christopher Walken in The Anderson Tapes (1971)

Walken is such a familiar presence nowadays that it comes as quite a shock to see him as an ethereal 28-year-old Adonis in his Hollywood debut. God only knows how indecently beautiful he must have been before he started making films. Out of all the actors here, Walken is probably the one changed the most by time; the camera still loves him, but for different reasons, not least because he looks utterly at ease with himself and the way he has changed.

Reeves’s beauty has been as unexpectedly durable as his career as, unfazed by critical scorn, he has repeatedly reinvented himself – from teen pin-up to action hero, action nerd, character actor and, lately, martial arts director. While showing no sign of desperately wanting to hang on to his youth, he now looks just as beautiful as he ever did – if not more so. Check out the picture of him in suit and raincoat, below right. 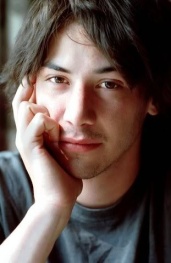 Not to be confused with Tony Ka Fai Leung (an equally fine actor), Hong Kong-born Tony Leung was for many years the most beautiful of all the beautiful actors in the films of John Woo and Wong Kar-Wai before reaching international audiences with Wong’s romantic arthouse hit, Hero, Infernal Affairs and Lust, Caution. Which pretty much made him the Most Beautiful Male Film Star in the World, for a while. 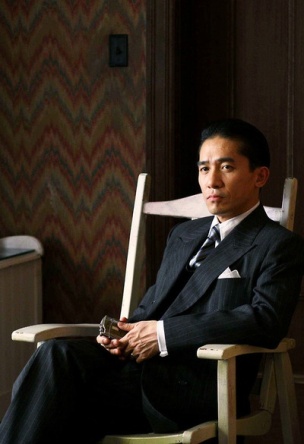 Inheritor of Tony Leung’s mantle, as far as I’m concerned, is this Korean star who built up a reputation in films for directors as Park Chan-wook and Kim Ji-woon before branching out into big Hollywood productions such as the G.I. Joe movies and RED 2. Most Beautiful Male Film Star in the World right now, no question. In 2015 we’ll be seeing him as T-1000 in Terminator Genisys and I, for one, can’t wait. Damn, those machines have stepped up their game. 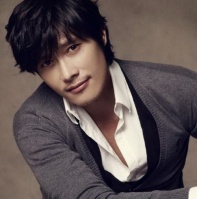 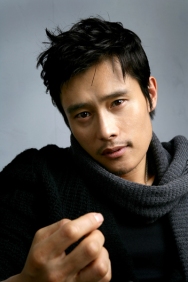 This piece was first posted on the Telegraph website in August 2013, to tie in with a U.K. rerelease of Plein soleil. It has been lightly edited, and the picture selection is different.

I was amused and bemused by comments from some readers, who refused point blank to admit the adjective “beautiful” could ever be applied to a man.

Have I left someone out? Please feel free to post your suggestions in the comments.

35 thoughts on “THE TOP 10 MOST BEAUTIFUL MALE MOVIE STARS”