Is there any other A-list Hollywood actor who has explored the art of hamming as comprehensively as Nicolas Cage? For over thirty years, he has run the gamut of gurning, wailing, ranting, whimpering, and all the different degrees of rolling his eyes lugubriously. Just when you think he has exhausted bits of scenery to chew, he comes up with some fresh new piece of decor to masticate.

We’re talking about an actor who can’t even be upstaged by special effects that turn his head into a flaming skull in Ghost Rider and its sequel, or overshadowed by one of Brian De Palma’s fancy-pants extended Steadicam shots at the start of Snake Eyes. This is a performer who soars so regularly over the top he is celebrated online by a compilation called Nicolas Cage Losing His Shit.

He didn’t get a chance to lose anything much in the seminal 1982 teen movie Fast Times at Ridgemont High (1982) which launched a bunch of careers (including those of Sean Penn, Judge Reinhold, Forest Whitaker, Eric Stoltz and Jennifer Jason Leigh) though not that of young Nicolas Coppola, as he was then billed in a blink-and-you’ll-miss-it role. Most of his performance was cut, and he ended up selling popcorn at a Marin County cinema. But not for long.

He is the nephew of Francis Coppola, and swapped his famous surname for that of Marvel superhero Luke Cage. As Nicolas Cage, he gave what remains his sweetest, most likeable performance in the 1983 rom-com Valley Girl. The name-change worked, by and large, and the strong whiff of nepotism emanating from his being cast in Uncle Francis’s Rumble Fish and The Cotton Club has faded over the years as he forged an independent identity. While the family connections haven’t been forgotten, no-one now thinks “Oh yes, Francis Coppola’s nephew,” when they think of Cage. He has managed to distance himself, career-wise, from the rest of the clan.

I met him in 1985, while he was doing publicity for Birdy. Rumours he’d had four teeth pulled for his role as a Vietnam veteran with severe facial injuries turned out to be true. “They were baby teeth,” he told me, “so I took advantage of it and had them out. I thought it would add an interesting dimension to the role.”

He also astonished cast and crew by spending five weeks, both on and off set, with his head completely wrapped in bandages. “The reactions on the street were brutal,” Cage told me. “Men and women laughing, kids staring. And when I took the bandages off, my skin was all infected because of acne and ingrowing hairs.”

He seemed to me like a nice young man. Also, a bit of a nut.

Further stories of Cage eccentricity began to circulate. He was almost fired from the romantic lead in his uncle’s time-travel comedy Peggy Sue Got Married because he insisted on talking like the claymation horse from The Gumby Show. His burgeoning craziness slotted comfortably into the Coen brothers’ live-action cartoon Raising Arizona, and lent much-needed weirdness to the slushy Moonstruck (1987) – “The slicer chewed off my hand!” – but then he was outdoing himself as a New York executive who thinks he’s turning into a vampire in Vampire’s Kiss (1988), for which he ate a live cockroach. “Every muscle in my body didn’t want to do it. But I did it anyway.”

There was an Elvis Presley phase in which he channelled his inner King all the way through Wild at Heart, Honeymoon in Vegas, and a marriage to Lisa Marie Presley, the singer’s daughter. He was relatively low-key as the patsy in the 1993 neo-noir Red Rock West, delegating most of the flamboyance to co-stars Dennis Hopper and J.T. Walsh, but made up for it in his brother Christopher’s conman caper Deadfall with a poppers-snorting performance so manic it set the benchmark by which all subsequent Cage performances have had to be judged. Vern, my favourite online critic, dubbed it “mega-acting”.

In the space of one year (1995), Cage was not just winning an Oscar for his performance as an alcoholic screenwriter drinking himself to death in Leaving Las Vegas (and was it not rather endearing of the Academy to so obliviously bestow its ultimate seal of approval on such a prime example of Cage de trop?), but also scuppering David Caruso’s stab at big screen stardom in Kiss of Death (1995). Who remembers Caruso’s bland protagonist when Cage was playing a sociopath called Little Junior Brown, who bench-presses strippers, has a phobia about metal cutlery and slips on coveralls so he can beat people to death without staining his clothes?

Cast him opposite a comparable ham – John Malkovich in Con Air, John Travolta in Face/Off – and he can seem almost moderate, but his presence on the side of the good guys is a useful guarantee that evil won’t be hogging the spotlight, not while he’s there to deliver lines like, “Put the bunny back in the box!” Spike Jonze’s Adaptation went for broke by casting him opposite himself in the dual roles of twin brothers apparently vying with each other for the saddest hair in screen history.

And Cage keeps on coming. He is neither content nor able to sit back on his heels. Over the past decade he has owned 15 personal residences (including castles in Germany and England), nine Rolls-Royces and the skull of a Tarbosaurus; such spending sprees and some not entirely unconnected tax problems and lawsuits have required him to step up his output. If you ever get the feeling he’s in every other film you see, welcome to the club – and maybe take a look at the frankly rather disturbing blog Nic Cage As Everyone.

Some say he’s not choosy enough about his films, but it’s a miracle the quality of his performances has remained as high as it has done. His acting in generic thrillers like Trespass or Seeking Justice may, unsurprisingly, seem tired, but the tiredness can sometimes play nicely into the character, adding subtle shadings to his obsessive avenger in Kick-Ass, or to the centuries-old magus in the unexpectedly entertaining The Sorcerer’s Apprentice. Now, I reckon, would be the perfect time for him to play Dracula.

Cage cites James Dean as the key inspiration for his career, but whereas he was cute in a puppyish way when young, he was never as ethereally beautiful as Dean or young Brando or young Newman. But he embraced the Method wholeheartedly, rejecting technical or partial application of it in favour of 100% immersion, failing to acknowledge the boundary between himself and the characters he plays. It’s as though he flings himself into his roles physically and then wrestles them into submission, with an effort that leaves him visibly exhausted. Such a fullblooded approach, without discipline and temperance, can lead swiftly to burn-out; it’s a wonder he has managed to keep it up for so long.

1) HAIR. Cage emotes with his follicles, whether he’s wearing his head-suit short and sleek, unkept, sticky-out, or long and straggly. Sometimes it’s tragic, often demented. But never natural-looking. Then again, what is Nicolas Cage’s natural hair? Can you picture it? Because I’m not sure I can.

2) VOICE. When it comes to accents, Cage is no Meryl Streep, and often exaggerates, but he can adopt Italian-American in Moonstruck, or cod-Italian in Captain Corelli’s Mandarin, or faux-English in parts of National Treasure 2: Book of Secrets, and he has never been afraid of novelty voices (just listen to him in Peggy Sue Got Married).

He can do Pacino-style starts-off-quiet-but-ends-up-shouty, repetitive yelling, or can sound so lovelorn and hoarse you fear he’ll expire of whatever is ailing him. As for when he holds back – to me he is only seeming to hold back. It might sound as though he’s underplaying, but – like Richard Burton – even when he’s apparently underplaying, he’s still hamming away. Underhamming, if you like.

And he is a champion screamer. Watch the Nicolas Cage Loses His Shit video embedded at the top of this page to get an idea of his full, rich repertoire of shrieks, yells and anguished cries.

3) HANDS. Cage has hugely expressive hands – see the picture at the top of this page – and often points or jabs with them to emphasise his points while he’s speaking. In the grip of strong emotion, he has been known to flap them, along with his arms.

4) EYES. Cage has mastered all conceivable permutations of the pop-eye, the dead eye, and the eyeroll – sarcastic, psychotic, lovestruck, resigned. In Matchstick Men (2003) he adds a nervous tic for good measure.

With all his tools in synch, Cage’s mega-acting can be a marvellous thing to behold: the bug-eyes, the yelling, the Mick Jagger poses, the Oscar-winning lugubriousness. Sometimes the results are hilarious, as in the “Not the bees! Not the bees! AAAAAAGGGGHHH!” of Neil LaBute’s ill-advised remake of The Wicker Man.

But The Bad Lieutenant: Port of Call – New Orleans (another, more successful remake) was directed by Werner Herzog, who has past form with over-the-top actors – he made five films with Klaus Kinski. And Cage’s firing-on-all-cylinders performance as the corrupt, crackheaded, yet oddly sympathetic Detective Terence McDonagh shows he still has surprises up his sleeve, not least that he can still win us over.

In the words of McDonagh, “Shoot him again – his soul’s still dancing.” 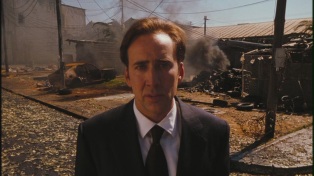 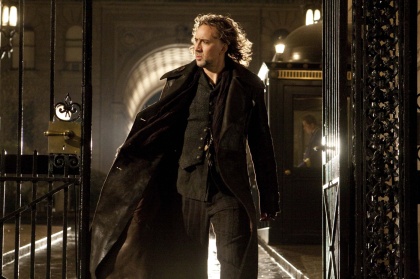 This piece was first posted on the Telegraph website in July 2013. It has been extensively rewritten and added to.

4 thoughts on “NICOLAS CAGE AND THE ART OF OVERACTING”