Keanu Reeves, I must apologise. For years, like other film critics, I cast aspersions on your acting talent, belittled your intellect, and cracked jokes about your name, which means “cool breeze over the mountains” in Hawaiian. Only now do I realise I was foolish and misguided. That YouTube video of you giving up your seat on the New York City metro is only the latest evidence that, onscreen and off, you are awesome.

You were 50 last year, but wear it so well there is now a “Keanu Reeves is a vampire” internet meme to set alongside the “Sad Keanu” one from a few years ago. But it was ever thus. Born in Beirut but brought up in Toronto, you were already in your twenties when you played a teenager in River’s Edge (1986), faced with the dilemma of whether or not to snitch on a schoolmate who murders his girlfriend.

Your first cult success was as Theodore “Ted” Logan, the bodacious airhead destined to bring about worldwide peace and harmony through the music of his band Wyld Stallyns (sic) in Bill & Ted’s Excellent Adventure and its even more excellent sequel Bill & Ted’s Bogus Journey. But from then on, in the eyes of many, you WERE Ted. “It was clear that Keanu was actually very like his Bill & Ted character in real life,” Monique Roffey of The Independent wrote after meeting you in 1994. “A handsome surf blockhead who got lucky.”

Between Bill & Teds, you played your first action hero – “The name’s Johnny Utah!” – in Kathryn Bigelow’s hilarious surfer-heist movie Point Break. “He’s an actor willing to take risks,” said Bigelow. As if to prove her point, you next played a bisexual street hustler in My Own Private Idaho, Gus Van Sant’s modish riff on Shakespeare’s Henry IV Part 2. “Keanu is really well-read,” said Van Sant, “but he doesn’t think he is. And he’s very intelligent.” Unfortunately I failed to notice this, and wrote, condescendingly, “Reeves, bless his cotton socks, seems out of his depth playing a two-faced character who bears no resemblance whatsoever to Bill or Ted.”

The consensus that you were an airhead was only confirmed when you played Jonathan Harker in Bram Stoker’s Dracula, directed by Francis Coppola, who said, “He’s a very magical boy. He worked really hard.” Not hard enough for us critics, alas. How we scoffed as you wrestled with the Queen’s English – “I know where the bar-stard sleeps!” To be fair, your accent was no worse than Anthony Hopkins’s hammy Van Helsing or Gary Oldman’s hissy Slav – it was an all-round Bad Accent Movie. But you were an easier target for our derision.

You were already broadening your range, but all we critics saw was Ted. You played your first villain, blackhearted Don Ted, sorry, Don John in Kenneth Branagh’s Much Ado About Nothing (“I’d pay to see Keanu Reeves in leather trousers and I think a lot of other people would as well,” said Branagh), and wearing kohl and hair extensions as Siddhartha in Bernardo Bertolucci’s Little Ted, sorry, Little Buddha, which made us scoff all the more.

We stopped scoffing when we saw you in Speed. “He’s an action hero for the nineties,” said its director, Jan de Bont. “What makes him stand out is that he dares to let emotions show. We’ve had enough of the cartoony type action heroes.” But I still had to get my little dig in, describing you as “cuteness personified with his buzz-cut hair, and tight white T-shirt, and the sort of slightly baffled expression that I see on my cat when she can’t quite remember where the cat-flap is.” Miaow.

You turned down an 11 million dollar paycheck for Speed 2: Cruise Control to play Hamlet (to mostly respectful reviews) at the Manitoba Theatre Centre in Winnipeg. But when you played the leading role in Johnny Mnemonic, adapted by cyberpunk godfather William Gibson from his own story, no critic could resist the temptation to be snide about the delicious irony of surfer-dude Ted playing a mnemonic courier with three billion megabytes of information in his head. “I can’t think of an actor who could use a brain implant more,” quipped Owen Glieberman of Entertainment Weekly.

We snarked about your minor weight gain in Chain Reaction, but had to eat our words when you played the sleekest computer nerd in history in The Matrix (1999). There were signs, too, that your IQ was nowhere near as low as we’d been painting it; for The Matrix, you were paid $10 million plus 10% of the gross, which rose to $15 million and 15% for the two sequels. But you said, “Money is the last thing I think about. I could live on what I have already made for the next few centuries,” and gave $80 million to the crew.

You alternate blockbusters like The Day the Earth Stood Still and Constantine (in which you were heinously miscast) with romances like The Lake House, hardboiled character roles such as the one in Street Kings, indies like Henry’s Crime, and experiments like Richard Linklater’s A Scanner Darkly. You’ve been getting respect from film buffs for Side by Side (2012), a documentary about digital film you produced and presented, and from martial arts fans for your directing debut, Man of Tai Chi.

47 Ronin may have been an absurd effects-laden bastardisation of the traditional Japanese story, and may have triggered internet debate as to whether your English-Hawaiian-Chinese-Irish-Portuguese ancestry contains sufficient Asian blood to justify your playing the “half-breed” hero. But you know what? I don’t care. So long as you’re in it, I’ll go and see it. And John Wick, in which you play a former hitman who comes out of retirement to go after the mobster who kills your puppy, more than repays our devotion with its terrific scenes of combat (cutting back on the CGI and hyper-editing so you can actually see what’s going on, which is a novelty these days) and amusing worldbuilding (a hotel for hitmen!). It’s a blast.

You have repeatedly reinvented yourself, pushed your limits, bounced back from turkeys and critical derision, and had a more extraordinary and wide-ranging career than most of your contemporaries. Sheila Johnston, author of a Keanu Reeves biography, concurs: “He’s done an amazing job of sustaining his career, keeping his integrity and seeing off all the detractors who thought he was a flash in the pan.”

The tabloids don’t know what to make of you, since you keep your private life private. You’re polite and affable in TV interviews, but your interviewers talk twice as much as you do. But that zenlike reserve, once assumed to be an indicator of nothing going on underneath, now seems increasingly sage in the age of incontinent social media, selfies, and ceaseless psychobabble.

And you still use public transport. And give up your seat. You, sir, are a class act. 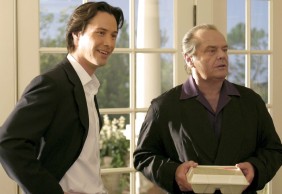 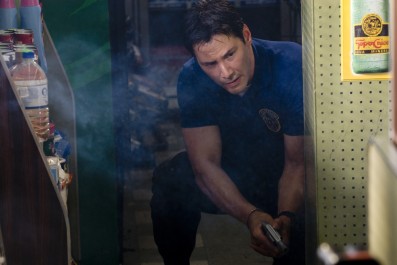 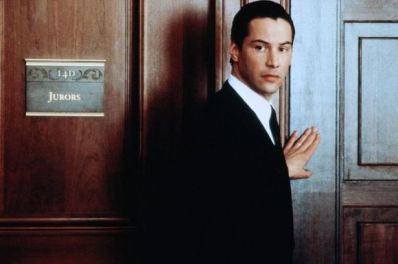 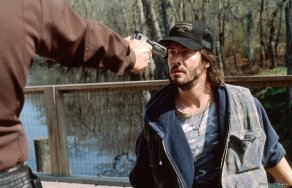 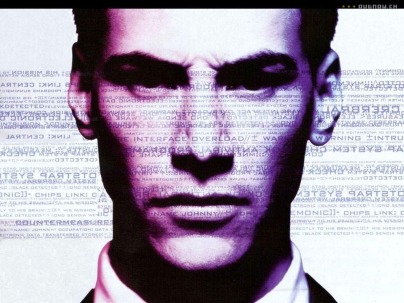 This piece was first posted on the Telegraph website in December 2013.

10 thoughts on “KEANU REEVES, I’M SORRY I DOUBTED YOU”

Error: Twitter did not respond. Please wait a few minutes and refresh this page.