Last week I went to see Billy Wilder’s The Private Life of Sherlock Holmes again. And once again, as I dabbed my eyes with a hanky, I was intrigued and beguiled by the complicated emotions it stirs up. For most of its 125 minute running-time, the film plays like light comedy; Sherlock Holmes and Dr Watson have a comic encounter with the Russian ballet before finding themselves saddled with a beautiful Belgian amnesiac who was fished out of the River Thames, and embark with her on a jolly jaunt to Scotland to solve an absurdly convoluted case involving midgets, Trappist monks and the Loch Ness monster, with cameos from Mycroft Holmes and Queen Victoria.

But all the while Wilder and I.A.L. Diamond’s screenplay is discreetly laying the groundwork for late-breaking heartbreak, all the more effective for being downplayed. So downplayed, in fact, that the inattentive viewer might miss it entirely, and end up underwhelmed by what they see as a humdrum Holmesian mystery, all too easily solved. But it’s impossible to watch this film for a second or third time without being aware that the entire scenario is suffused by melancholy about the human condition, with Miklós Rózsa’s score picking its spots in the listener’s heart like an elegant dagger.

Robert Stephens In The Private Life of Sherlock Holmes.

Part of the melancholy, of course, is due to the knowledge that Wilder’s original 165 minute cut has been lost and, barring miracles, unlikely to be recovered. But even in its current truncated form, The Private Life of Sherlock Holmes offers a powerfully bittersweet experience. Like many of my favourite films, this is a character study disguised as a detective yarn – it’s Holmes himself who is under the microscope. Early on it’s established that he is not a ladies’ man, that he is more interested in solving cases than in women, and that he successfully suppresses his emotions, all the better to examine the facts objectively. In fact, the film’s title is ironic – Sherlock Holmes has no private life at all.

But, as becomes clear, the problem for Holmes is not that he doesn’t feel – it’s that he feels too much. Can there be any other film that suggests such a depth of emotion as economically as this one – with nothing more than a few fragments of expository dialogue, the flapping of a parasol and the supremely subtle performance of Robert Stephens, who with only a few fleeting expressions and gestures is able to hint at a vast well of anguish lurking behind his cynical, logical, calculatedly foppish façade?

One definition of “bittersweet”, Merriam-Webster informs me, is “pleasure alloyed with pain”.  It’s when triumph – in this case, Holmes solving his case – is touched by tragedy. Instead of being mortified when he discovers he has been “played”, he is thrilled, but his realisation that he has finally found a soulmate capable of playing “the game” as brilliantly as himself comes too late to save either of them. All it does is remind him that – for all Dr Watson’s bluff friendship – he is condemned to solitude.

Stories about private detectives are the perfect conduit for bittersweet emotion, especially when the resolution of the mystery reveals as much about the protagonist as about the case itself, and the stripping away of illusion to get to the truth effects no real change other than to leave him with emotions flayed. (It’s always “him”, alas – I know of no equivalent scenario centred on a female protagonist.) In Roman Polanski’s Chinatown, J.J. Gittes solves his case, more or less, but in doing so only manages to precipitate the death of the chief victim in it, in the process delivering her daughter into the hands of the chief villain, and reminding himself of his abject uselessness.

In Rian Johnson’s highschool noir Brick (2005), Brendan Frye (Joseph Gordon-Levitt hinting at reserves of melancholy that feel almost indecent in one so young) solves the murder of his ex-girlfriend, but in doing so only exposes himself to yet more heartbreak. And in Paul Thomas Anderson’s Inherent Vice, Larry “Doc” Sportello’s investigation is almost derailed by a non-specific yearning for the past, former loves and lost ideals, with Jonny Greenwood’s pining score echoing Bernard Herrmann’s for Vertigo – the ultimate example of the detective who finally works out what’s going on… only to lose everything.

In other words, truth hurts. As Dana Andrews says at the end of Night of the Demon, sometimes it’s better not to know. 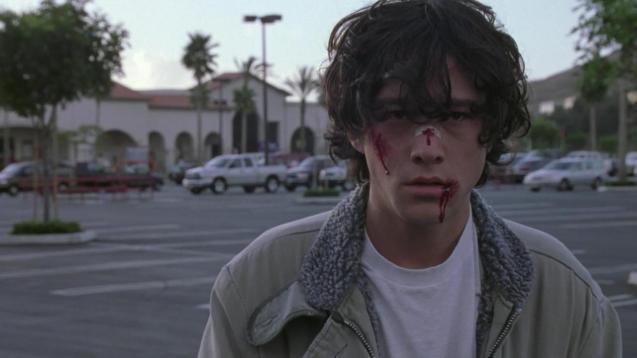 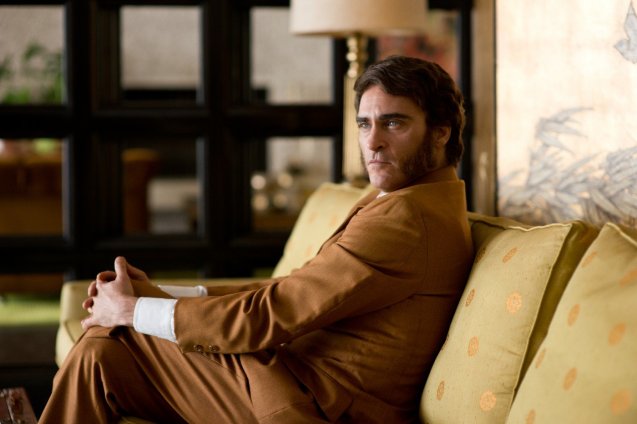 4 thoughts on “THE BITTER TEARS OF THE PRIVATE DETECTIVE”