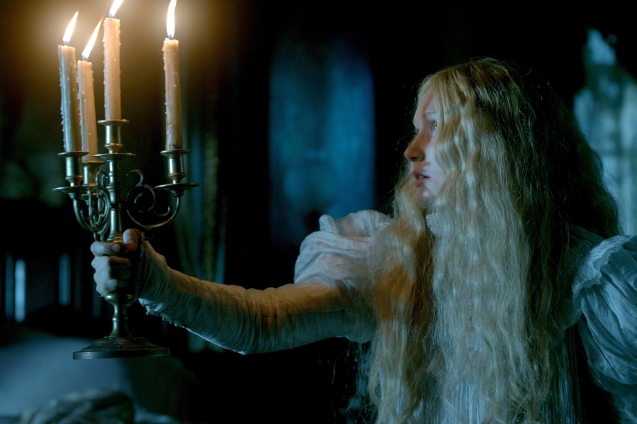 White-clad heroine wandering around with a candelabra: Mia Wasikowska in Crimson Peak.

There are conflicting theories as to why Guillermo Del Toro’s Crimson Peak is underperforming in cinemas. Some say Universal has been mismarketing the film as a horror movie, but judging by the last trailer I watched, I’m not so sure – old dark house, mysterious suitor, keys, doors, doorknobs, corridors, ghosts, white-clad heroine wandering around with a candelabra, whispering “There are secrets everywhere”… It looks like classic gothic romance to me, and the film itself bears this out.

The story plays out almost exactly as you would expect, with only the CGI phantoms, production design heightened to an almost parodic degree, and a few moments of gory ultra-violence to tip you off to the fact that you’re not watching something from the era of Rebecca (1940) or Dragonwyck (1946). Del Toro’s talk of his influences seals the deal.

It could be that Del Toro’s own fan base is no longer sure what it’s getting. Crimson Peak couldn’t be more different from his last film, Pacific Rim, but feels like a step back from the perfect fusion of reality and fantasy he achieved in The Devil’s Backbone and Pan’s Labyrinth, into which the personal and political were so seamlessly integrated. At the same time, it’s perhaps too knowing for its own good – more than once, the heroine (a budding novelist) declares that ghosts are metaphors, while the house is all too obviously a symbol of the corrupt relationship that maintains it.

When the earth itself weeps bloody clay and the white snow turns scarlet, the imagery is startling but the meaning is the opposite of ambiguous. It’s a reductio ad absurdum of the gothic romance, but doesn’t bring anything new to the party, the way that, for example, Chinatown and The Long Goodbye cleaved to the conventions of film noir and the private eye movie while simultaneously undercutting them.

What is clear, though, is that Crimson Peak might almost be designed to appeal to the young female demographic addicted to the Twilight franchise, which pounces on anything to do with Wuthering Heights, Jane Eyre or Northanger Abbey with their brooding anti-heroes, beleaguered heroines and high-gothic plotting. Whether or not the message will get through to its intended audience remains to be seen; the film, with its tantalising glimpse of Tom Hiddleston’s buttocks, may yet find itself welcomed into the Hen Party DVD canon.

But it reminded me of this piece I wrote for the Guardian in 2008. It was intended as tongue-in-cheek, though inevitably some readers got hot under the collar about it. How dared I suggest that Miyazaki’s anime or Suspiria were chick-flicks! The very idea! But dividing genres into male and female is a ridiculous pursuit in the first place, of course, and since the term “chick-flick” is invariably used derisively, I just thought it was time we extended its reach a little. 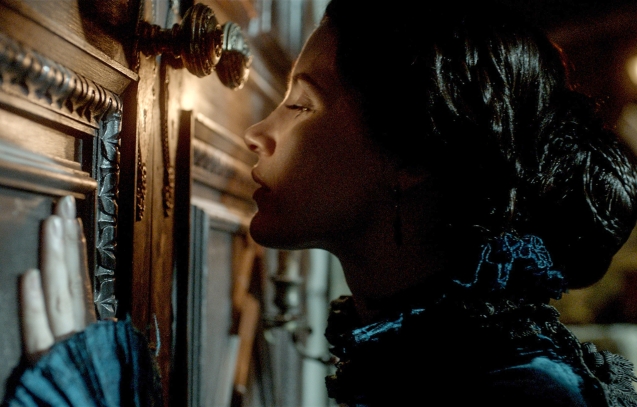 Peeking through the keyhole: Jessica Chastain in Crimson Peak.

What do women want? The trailer for the remake of The Women has been filling me with dread. Shopping, nail varnish, having a baby, sassy girlfriends spouting brassy one-liners and the art of finding, keeping or standing by your man – all the usual chick-flick boxes are well and truly ticked. It’s like Sex and the City all over again. I’ll admit a decent rom-com can sometimes warm the cockles, and must confess to a minor obsession with the role of nail varnish in the movies, but since when did women’s concerns become so limited?

The worst thing is that we so often acquiesce in our own stereotyping. I still have nightmares about an otherwise convivial hen weekend where, once the male stripper had got his kit back on, the well-meaning hostess presented us with a choice of Sleepless in Seattle, Steel Magnolias and Pretty Woman on DVD. I think it was at this point that I ran screaming from the room.

But it doesn’t have to be like this. Isn’t it time we expanded the definition of “chick-flick” to include more exciting elements? Why is it assumed that women aren’t interested in the lust for power, mid-life crises, saving the world and so on? Why does it always have to be weddings and shopping?

It doesn’t help that most film critics are men, who tend to huff and puff over what I have subsequently discovered are some of the best alternative chick-flicks around. How about Showgirls, which is a laff-riot when watched in the company of gal pals and several bottles of champagne? Male critical response to Nicole Kidman as an urban princess discovering her true self in Fur: An Imaginary Portrait of Diane Arbus ranged from muted to outraged, yet I have yet to meet a woman who wasn’t seduced by its peculiar blend of female empowerment, sex, freaks and frocks. The same goes for Birth, in which Kidman plays another urban princess, this time in thrall to her domineering fiancé in a dark fairytale vision of New York. I swear your average male filmgoer just doesn’t get these movies. 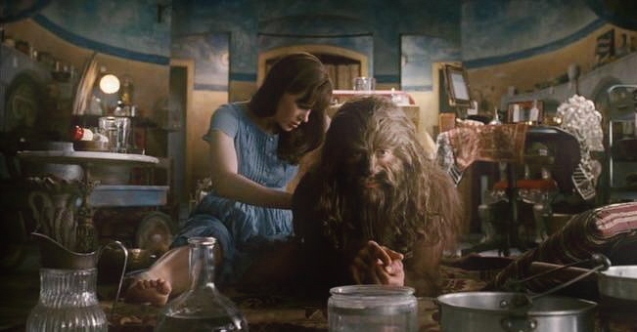 More obvious, perhaps, is a subgenre of chick-horror favouring ghosts over gore: The Others, The Orphanage, Dark Water and Skeleton Key are all variants on the classic Gothic heroine wandering through an old dark house, with due emphasis on keyholes and locked doors. [ETA: Julia’s Eyes and The House of the End of Time are more recent additions, with the even more unnerving Sleep Tight – told from the monster’s point of view – an ingenious twist on the theme; interesting that so many of these are from Spanish film-makers.]

What is Suspiria other than the ultimate fem-horror film? Ballet school and witches – need I say more? And I propose rebranding Alien: Resurrection as a sci-fi chick-flick, since fanboys inevitably failed to buy into its implicit themes of motherhood, reproduction, and a woman’s right to choose.

I’m tempted to claim for my alternative chick-flick canon the oeuvre of Hayao Miyazaki, whose animated films, unlike their Hollywood counterparts, invariably have strong heroines. But chick-flicks don’t necessarily have female protagonists. What was Gladiator if not a chick-friendly epic? All my male chums kept muttering about it not being as good as The Fall of the Roman Empire, but women didn’t care; they adored the way Maximus stayed faithful to his dead wife, and they lusted after either Russell Crowe or Joaquin Phoenix, and formed queues around the block.

I can’t think of many thrillers in which the function of female characters isn’t simply to be kidnapped or bumped off, but I have fond memories of The Net, starring Sandra Bullock as that cinematic rarity – the computer geek heroine – and Wes Craven’s Red Eye, in which Rachel McAdams wields a mean hockey-stick, though you’d never guess it to look at the trailer, which brilliantly plays on rom-com conventions before undercutting them, with a vengeance.

I can even offer you a she-slanted disaster movie. Deep Impact, in which Téa Leoni rushes around, trying to renew emotional ties in the face of impending obliteration, is clearly a chick-style variation on Armageddon, which leant more towards manly deep-core drilling and explosions. When those two were released within months of each other, I had hopes that other blockbusters would soon be emulating this innovative yin and yang approach, but no such luck – I would dearly love to see chick-flick versions of The Phantom Menace and Transformers.

This piece was first published on the Guardian website in September 2008. It has been lightly edited.