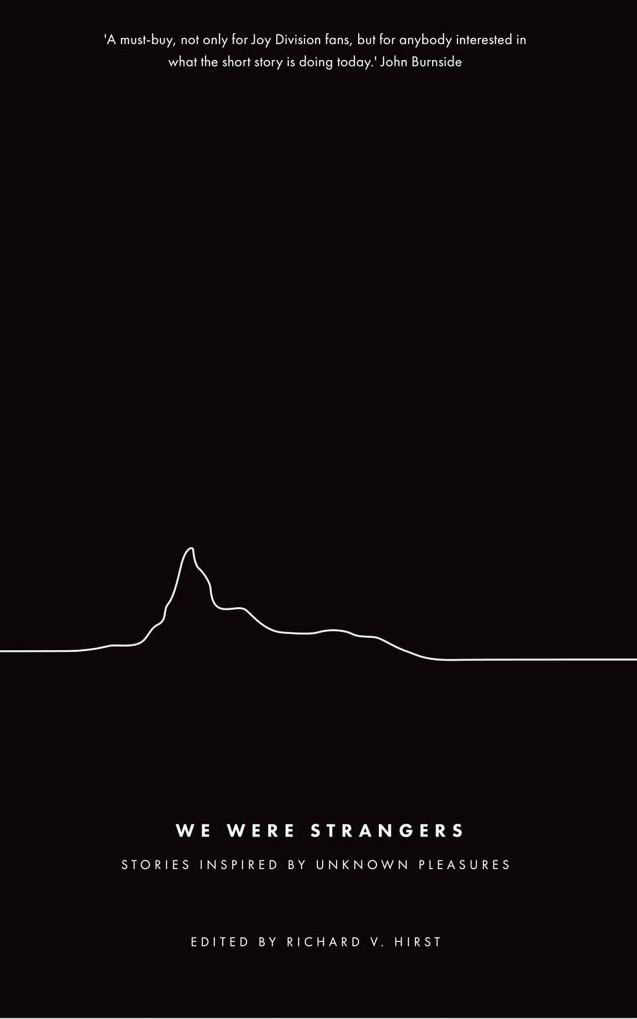 I don’t write many short stories, because they seem to take almost as much time and energy to write as full-length novels, but a couple of years ago I was asked by Manchester-based writer and editor Richard Hirst to contribute to an anthology he was editing of stories based on the tracks from the Joy Division’s Unknown Pleasures.

Unknown Pleasures was an album I first heard on my return to the U.K., in March 1980, after a year living in Tokyo. I’d never heard sound design like Martin Hannett’s before; the breaking glass effect, heard over the stereo headphones of my new Sony Walkman, never failed to make me jump. One of our favourite tricks back then was to bait some poor sod into commenting on the incongruous jollity of the band’s name compared to the industrial bleakness of their music, and then superciliously inform them what a “joy division” actually was. What hipsters we were.

Only a couple of months after I’d first listened to Unknown Pleasures, Ian Curtis committed suicide. The news caused a ripple effect of shock; my flatmate and I heard about it via a phone call from someone we knew who worked at Rough Trade. Two months after that, the band brought out their second and final album, Closer. I played both albums until I got fed up with them, or rather, got fed up with the cult that was  springing up around Curtis and Joy Division (which shortly reformed as New Order) and which seemed to consist mostly of intense young men in the process of swapping their New Romantic accoutrements for gloomy goth pretensions, and no sense of humour. It took a couple of decades before I found myself able to listen to Unknown Pleasures and Closer again without cringing.

I first got to know Richard shortly after signing up to Twitter in 2009, where I was much taken by his sense of humour and drawings of cats. In return for a modest charitable contribution, he very sweetly sent me my own cat drawing, depicting a film critic hipster cat sitting in the front row of a horror movie screening, in Biro on corrugated cardboard. It’s a treasured possession, now framed and on display.

The Unknown Pleasures track I chose as the inspiration for my story was the one with the breaking glass, I Remember Nothing, which also happened to be the last track on the album. I’d already been mulling over the starting point for a while – a woman waking up in bed with a stranger, without knowing how she got there – without having much of a clue about where to take it, but repeated listenings to the track, along with the rest of the album, kicked the story into gear and took it into areas that even I had never anticipated.

We Were Strangers was published in September 2018 and garnered some excellent reviews. One of them was from filmmaker Carol Morley who, in her review for The Guardian, had this to say:

“Body horror is on show in Anne Billson’s I Remember Nothing, a full-on human fight for survival and a seductive pull towards transformation. Destabilising, terrifying and clever, the story delivers a smile as we descend, forced to face what lurks under the bed, tapping into primordial, infantile fears.”

And Camillus John, for Litro, wrote:

“And finally, I Remember Nothing by Anne Billson is pure horror show. A man and a woman wake up in bed together covered in green greasy semen in a room neither of them recognise. They don’t even remember who they are. When they finally do realise, make sure you read these paragraphs again and again. Ian Curtis’ makes the case for the base nature of man over and over in his lyrics, like this final story in the collection.”

We Were Strangers is well worth acquiring, and you can buy it here. It is also beautifully designed. I am proud to have been a part of it, and grateful to Richard for having invited me on board.

But that’s not all. I Remember Nothing has now been chosen for inclusion by Ellen Datlow for inclusion of her Best Horror of the Year: Volume Eleven, due for publication in September 2019. To say I am thrilled would be the understatement of the century.

Maybe it will even inspire me to write another short story. 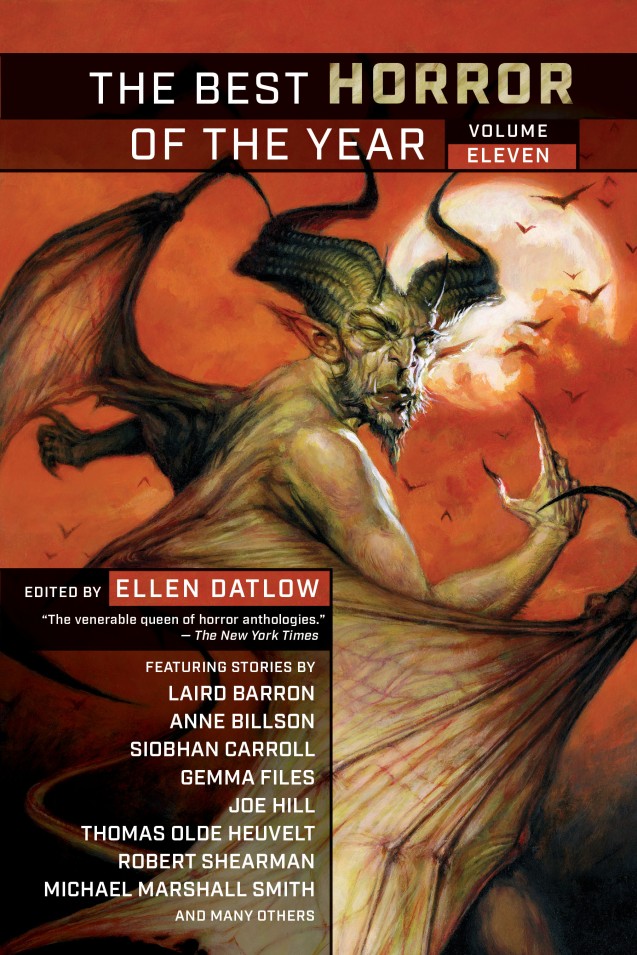 You can read some of my other short stories in Amuse-Bouches, available to download for 99 cents from Smashwords only. The price includes any short stories I might add to this collection in future (Smashwords allows you to update your original file). The stories in this volume are:

Dirty Martini: a party girl accidentally summons a demon. I wrote this for submission to an anthology called Respectable Horror (Fox Spirit books; edited by K.A. Laity), but didn’t finish it in time.

Born Again: originally published in Granta in 1993, to tie in with my inclusion that same year in Granta’s list of Best Young British Novelists. It formed the basis for my novel The Coming Thing (2017), which took me 20 years to finish, by which time the story had gone through so many permutations it was barely recognisable.

The Psycho Murders: a roman à clef inspired by the 1973 film Theatre of Blood, and initially posted on Twitter in 2009, in 50 increments of approximately 140 characters. One of these days I shall write this story up into a proper novella. In the meantime, enjoy the tweet version.

Sunshine: originally published in The Time Out Book of London Short Stories in 1993 (Penguin; edited by Maria Lexton). Some events in Sunshine eventually provided part of the backstory for one of the characters in my novel The Coming Thing. This short story has proved unexpectedly popular in Denmark, where it has been adopted as a set text for English language students.

Paris When It Sizzles: originally published in Zombie Apocalypse: Fightback in 2012 (Robinson; edited by Stephen Jones). A British fashion blogger is trapped in Paris when the city is overrun by zombies. This was great fun to write; part of my research involved going up to the top of Notre-Dame cathedral. As the zombies advance, so the city shrinks; it’s essentially the history of Paris in reverse.