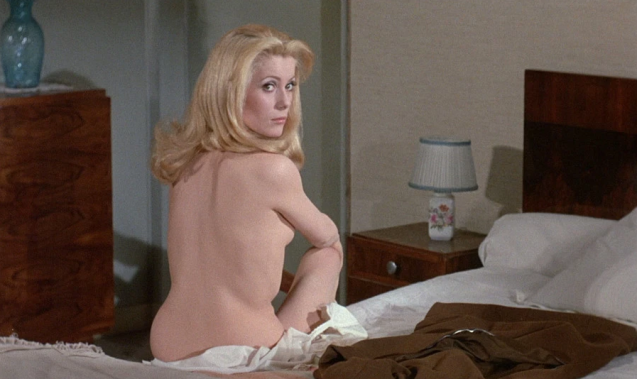 Sigmund Freud once wrote, “The sexual life of adult women is a dark continent,” but what did he know? The film-maker Luis Buñuel, on the other hand, was already an experienced pioneer in the mysterious psychosexual territory of the mind by the time he was presented with Joseph Kessel’s 1928 novel Belle de Jour. Its heroine is Séverine, a bourgeois housewife who, while her husband is at work, spends her afternoons turning tricks as a high-class whore in a Paris brothel. As you do.

Buñuel dismissed the novel as “a bit of a soap opera,” but his 1967 update of the story, written with frequent collaborator Jean-Claude Carrière, makes full use of film’s possibilities to fashion it into a pinnacle of 20th century eroticism. Whereas Freud had fussed over, “What does a woman want?” Buñuel wastes no time in laying bare female desire, blending sound (jingling carriage bells, disembodied miaowing and the recurring non-sequitur, “Don’t let the cats out!”) and image (a cocktail filled with cherries, black patent-leather pumps, a sock with a hole in it) into a smorgasbord of sensuousness in which it’s hard to tell where reality ends and fantasy begins. What might appear to literal-minded audiences as goofs merely reflect the way sexual daydreams channel-hop from one libidinous situation to the next, with scant respect for continuity.

Presiding over it all is Catherine Deneuve, at her iciest and most enigmatic as Séverine, whose relationship with her surgeon husband, Pierre (Jean Sorel), is dull and sexless. They sleep in twin beds in their swanky 8th arrondissement apartment, and he clearly doesn’t “get” her. But Séverine’s inner life is rich and strange and, like many secret fantasies, inclined towards the sadomasochistic. 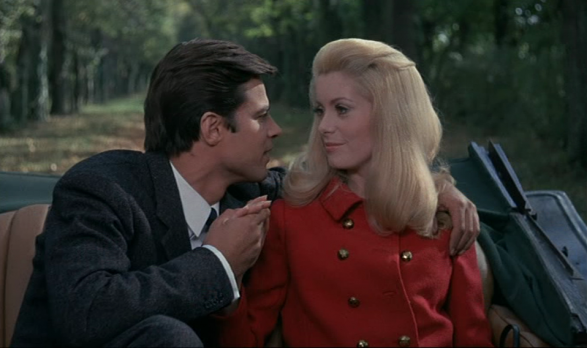 She imagines Pierre ordering rough coachmen to drag her out of a horse-drawn carriage, gag her, call her a slut and tie her to a tree, where she’s stripped and whipped. Or tied up again, in a pristine white robe, while Pierre and his cynical friend Henri (Michel Piccoli) collect mud, or maybe even animal excrement, and Pierre encourages Henri to fling it at her, besmirching her virginal purity. In real life she seems semi-comatose; in her fantasies, even when being abused, she looks not just fully present, but totally in control. 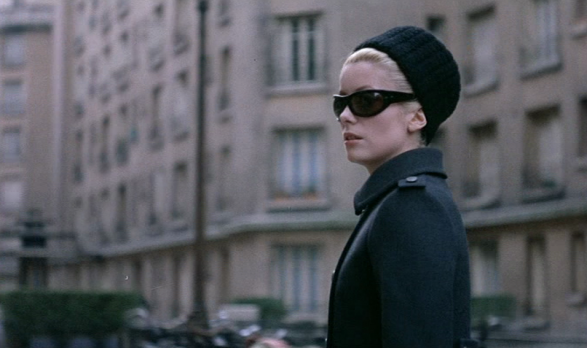 Nor have I ever fantasised about working in a brothel, but if I had done it would undoubtedly be a snug little gaff like this. Nary a pimp nor a Class One narcotic to be seen, and the sex-workers are there by choice, either for kicks or extra pocket-money. They spend their downtime playing gin rummy, sipping champagne, smoking or doing crosswords, and the clients are unusually accommodating, even while Séverine is naturally gravitating towards the rougher end of the trade. 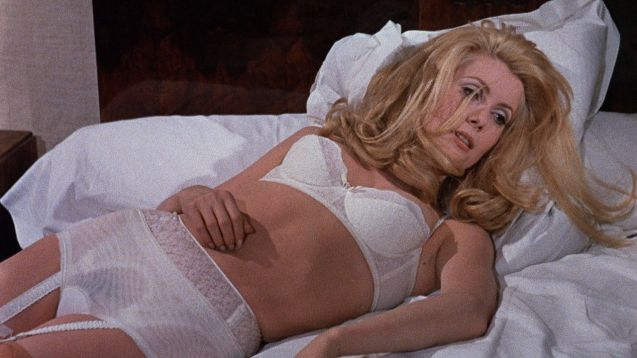 For a film about sexual fantasy, there’s remarkably little nudity, but Buñuel knows how to tease: a curious casket which emits a soft insect-like buzzing, a kinky duke doing something unmentionable beneath a coffin in which Deneuve lies naked beneath a black veil, pretending to be dead, or disappearing under a table with Henri and a broken bottle. The 1960s period details provide an extra soupçon of desirability for contemporary viewers, who are as likely to be aroused by Deneuve’s exquisite Yves Saint-Laurent wardrobe (fur-trimmed leather coats, double-breasted frocks, red mules with black pom-poms) and ultra-chic Parisian lifestyle as by the sexual shenanigans.

The film is topped and tailed by Pierre asking his wife, ‘What are you thinking about?’ and it’s endlessly debatable as to how many of the events in between actually take place. Maybe it’s all in her head. But what a head it is. The camera adores that blank palette of a face and the sleek blonde hair, tightly coiffed in a chignon, or sexily mussed after one of her “encounters”, revealing just enough of her face for us to see she is no longer looking blank, but like a cat who has just swallowed all the cream. “Don’t let the cats out,” indeed.

The other great face of the film belongs to gorgeous Pierre Clémenti, pouting even more than usual thanks to a mouthful of metal teeth, as a gangster called Marcel, who wears a black leather coat and walks with a stick. His possessiveness towards Séverine eventually triggers the melodramatic last act of the film. Or does it? Cultural snobs who complain that cinema is incapable of depicting the inner life of a character, the way that literature can, have clearly never seen a film by Buñuel. Belle de Jour is nothing but inner life – not just Séverine’s, but ours as well. 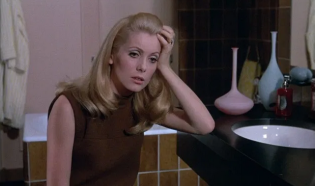 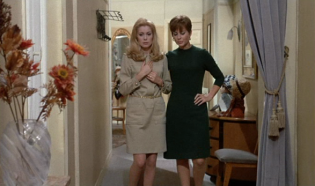 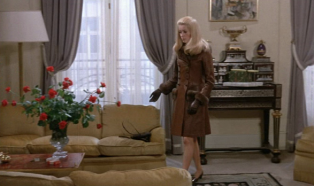 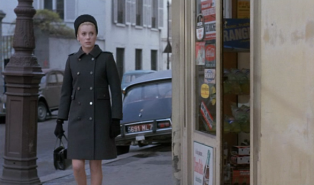 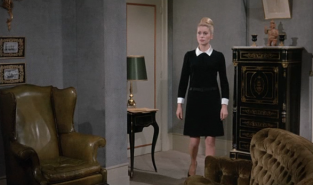 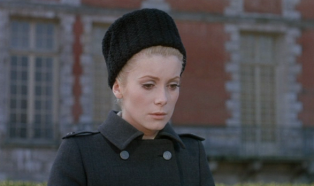 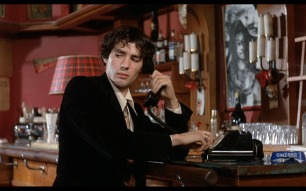 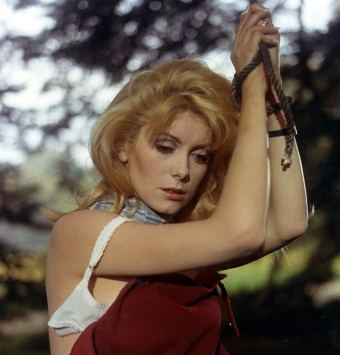 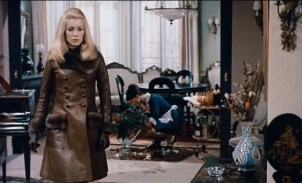 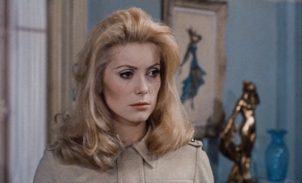 This article was first published in The Amorist in August, 2017.

2 thoughts on “DON’T LET THE CATS OUT: SOME THOUGHTS ABOUT BELLE DE JOUR”